Jadeite, the king of all jade, stole the show at Sotheby’s Hong Kong spring auction on April 7, 2014. Nearly 80% of 36 jadeite pieces available sold over their estimates, highlighting the recent incredible demand for the gem. The Hutton-Mdivani necklace (shown above), once owned by socialite and Woolworth heiress Barbara Hutton received the most attention at the auction earning a world auction record for any jadeite jewelry. It was purchased by the Cartier Collection for a record-setting $27.4 million (214,040,000 HKD). 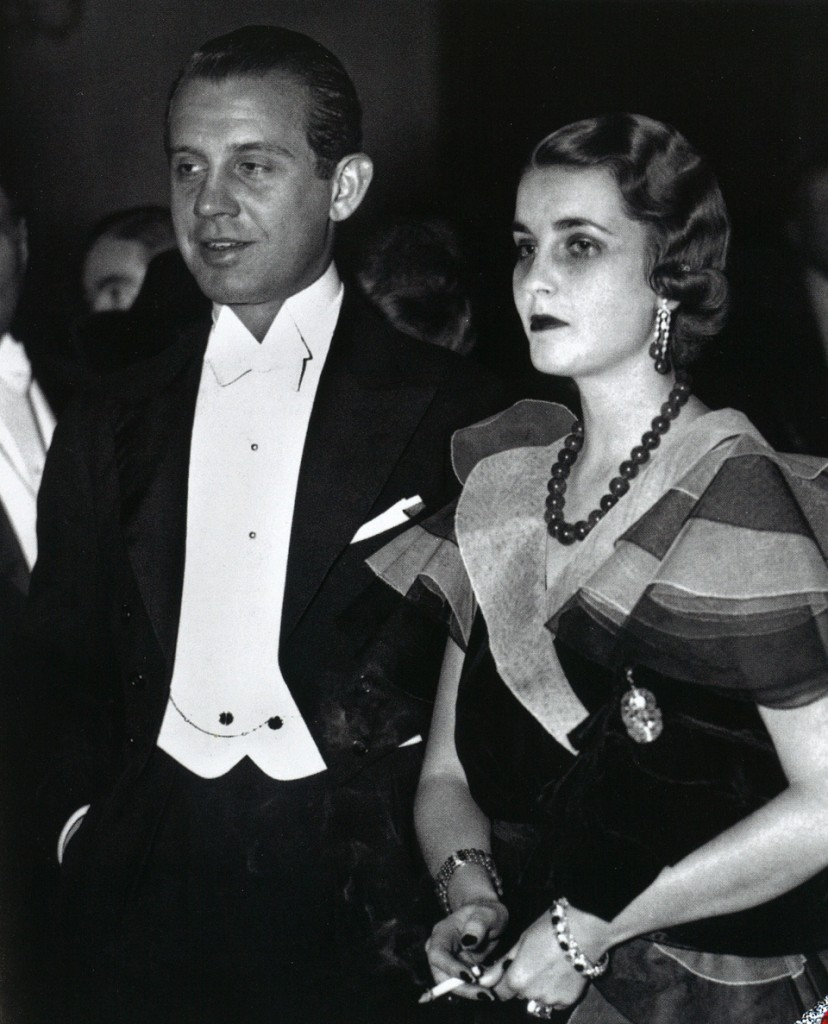 Barbara Hutton wearing the Hutton-Mdivani necklace at the Metropolitan Opera House in New York in 1933, accompanied by her first husband Prince Alexis Mdivani. Hutton may have received the necklace from her father as a wedding gift. Image Courtesy of Sotheby’s.

The Hutton-Mdivani necklace is crafted from 27 jadeite beads, which date back to the late Qing dynasty, graduating from 15 to 19 mm. It’s accented with an Art Deco Cartier clasp set with rubies and baguette diamonds. The process of cutting the beads from one large jade boulder and precise color-matching adds to this piece’s incredible value. 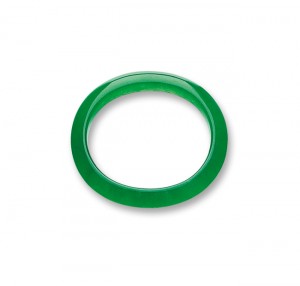 Known as “the stone of heaven,” jade is revered in Chinese culture and commonly worn as a protective ornament, often in the shape of a bangle. Modern gemologists use the term jade to refer to both jadeite and nephrite, but today it’s jadeite that’s the most prized material. Ancient Chinese artisans carved tools and sculptures using nephrite jade until jadeite jade–with its vivid, green color and fine transparency–reached their country from Burmese mines (present day Myanmar) in the mid-18th century. Some traders estimate that only 10 to 20 years of jadeite reserves are left. This shrinking supply, combined with China’s new wealth and love for luxury, is driving collectors to pay top dollar for superior jadeite. 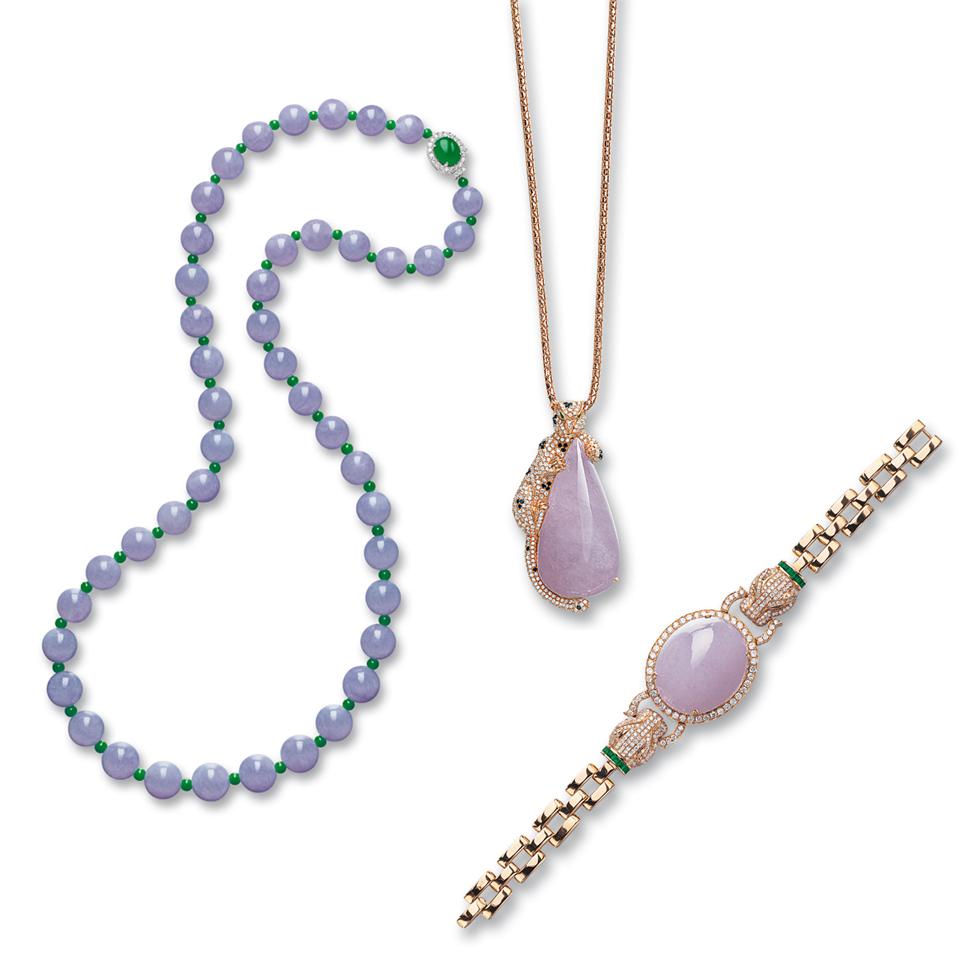 A lavender jadeite bead necklace with emerald green jadeite bead spacers with a clasp fashioned from a green jadeite cabochon (left) sold at the Sotheby’s Hong Kong auction for over $120,000 USD (937,500 HKD). The necklace and bracelet set (right) which features lavender jadeite cabochons sold for over $27,000 USD (212,500 HKD). Image courtesy of Sotheby’s.

Color is jadeite’s most important value factor. An even tone and strong saturation increases the worth of this gem. The most coveted “Imperial” jadeite is a pure, penetrating green with no hint of gray. But the mineral also comes in a variety of other hues including lavender, white, yellow to reddish orange, brown, gray and black. Spring hues of lavender jadeite captivated buyers at this auction as well. 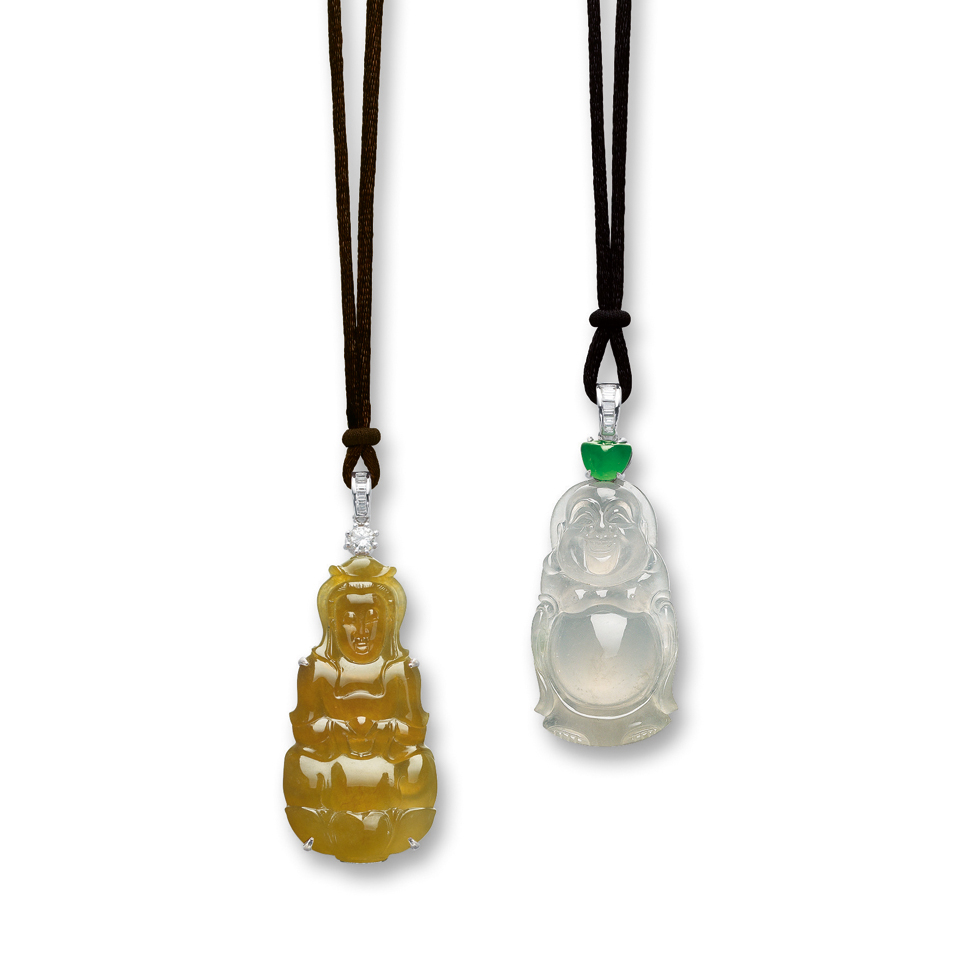 Transparency and texture also help determine jadeite’s value. Top-quality jadeite is semi-transparent, and has a fine texture that feels smooth to the skin. Manufacturers can treat jadeite with dye, wax or plastic impregnation to make it appear more attractive. Some treatments a trained gemologist can easily identify, but other treatments are difficult to detect and require advanced testing techniques used by laboratories. All treatments should be disclosed.

Are you considering a jadeite addition to your jewelry collection? GIA’s Jade Buying Guide is a helpful reference filled with tips and factors you should consider before making a purchase.