Throughout the year, Christie’s and Sotheby’s feature auction pieces that are some of the best jewelry from throughout history. Earlier this spring we featured two historic gemstones that were auctioned at Sotheby’s Geneva on May 12, and also reported on other gemstones and jewelry that sold for record-breaking prices at auction. Here, we round out our auction series with more recent pieces that made quite a splash at Christie’s auctions this past June.

According to Vickie Sek, Director of Christie’s Asia Jewellery Department, the auction itself established a new record for the most valuable jewelry auction ever held in Asia. 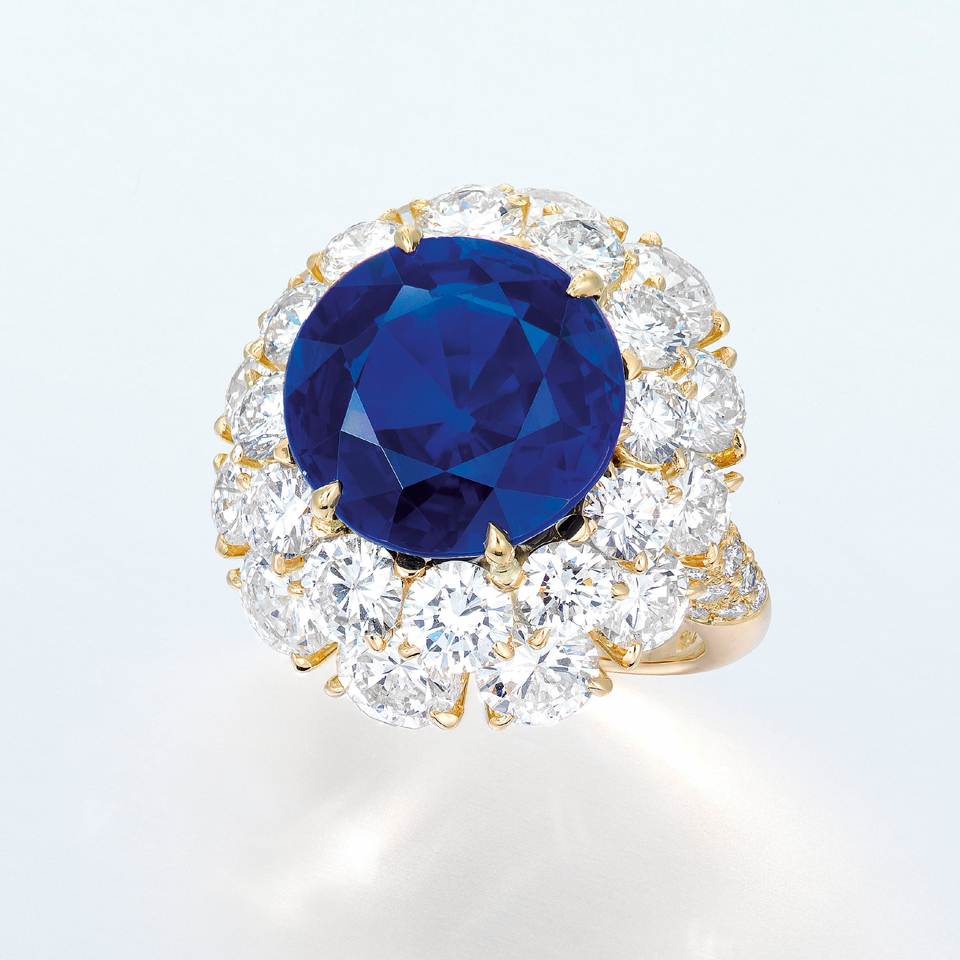 The sapphire and diamond ring set an auction record for a sapphire, selling for $2.4 million, slightly over the highest estimated price of $2.3 million. Set in an 18K gold ring, the unheated 10.33 ct Kashmir sapphire is surrounded by two rows of round brilliant cut diamonds.

The jadeite pendant sold for $5.6 million, slightly over the highest estimated bid of $5 million. The 18K white gold pendant showcases an untreated, translucent, vivid green Burmese jadeite cabochon measuring approximately 26.1 x 21.3 x 14.5 mm. It is accented with a cabochon ruby and a round brilliant cut diamond, and suspended from a black cord.

Another record-breaking gemstone piece from this spring’s Christie’s Hong Kong auction is a truly stunning ruby and diamond necklace by Etcetera. The 18K white gold necklace features two rows of oval and antique cushion-shaped Burmese rubies, ranging in weight from approximately 1 ct to 7 ct, accented by diamond lattice work which is comprised of round brilliant cut diamonds and 24 pear shaped diamonds. The clasp and chain are encrusted with brilliant-cut diamonds and the chain has a pear-shaped diamond on the end. The hammer price was just under $13 million, with the highest estimated bid at $11.4 million, setting a world auction record for a ruby necklace.

The necklace is accompanied by several reports, including GIA Diamond Grading Reports for the thirteen larger pear shaped diamonds, ranging 1.00 to 5.14 cts.  The reports indicate the diamonds’ color grades range from D to G color, and their clarity grades range from IF to SI1. 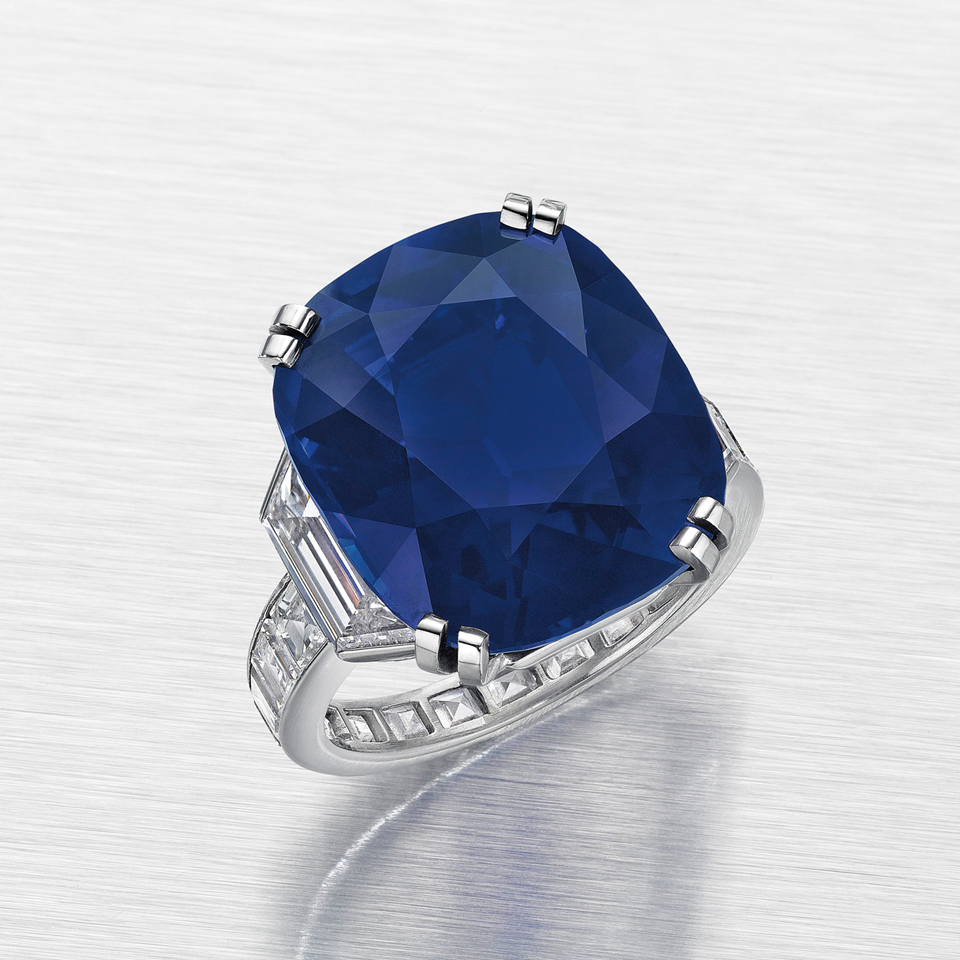 From Hong Kong, we travel to New York for Christie’s “Important Jewels” auction that took place on June 16. The Kelly Sapphire and diamond ring was included in this auction. The 21.71 ct cushion-cut sapphire is mounted in a platinum ring by Cartier. The ring has two trapeze-shaped diamonds for side stones and square-cut diamonds set all the way around the band. The Kashmir blue sapphire is untreated.

The Kelly Sapphire is named after its previous owner, businesswoman and philanthropist Margaret Adderley Kelly who, along with her husband William R. Kelly, created the national employment agency and recruitment firm, Kelly Services, Inc., and grew it into a Fortune 500 company. The ring is just one of several pieces belonging to Kelly that were a part of the auction. Although the ring was estimated to sell for $1.5 – $2 million, it sold for more than double the estimate at just under $4.2 million. This is not surprising, considering that Kashmir sapphires have been a draw at auctions for years – just take a look at the 27.54 ct Graff sapphire and diamond ring that was auctioned by Sotheby’s Geneva in November 2014.

For lovers of gemstones and fine jewelry, the summer auction season is like a fantastic holiday – full of unexpected marvels and surprises as stunning jewelry pieces come on to the market. Auctions give us a chance to learn more about rare and exceptional gemstones and the fascinating provenance of many of these pieces. We’ve enjoyed following this summer’s auction results and look forward to bringing you more highlights from future auctions.

In the meantime, you can read some of our extensive auction coverage of the past few years. We’d love to know, which is your favorite piece from this spring’s auctions?