Sotheby’s Magnificent Jewels and Nobel Jewels auction took place on May 12 in Geneva. This sale featured many spectacular pieces, but two gemstones stood out above the rest ­­– the 8.72 carat Historic Pink Diamond and the 25.59 carat Sunrise Ruby. Both pieces are set in rings that perfectly complement the gemstones. 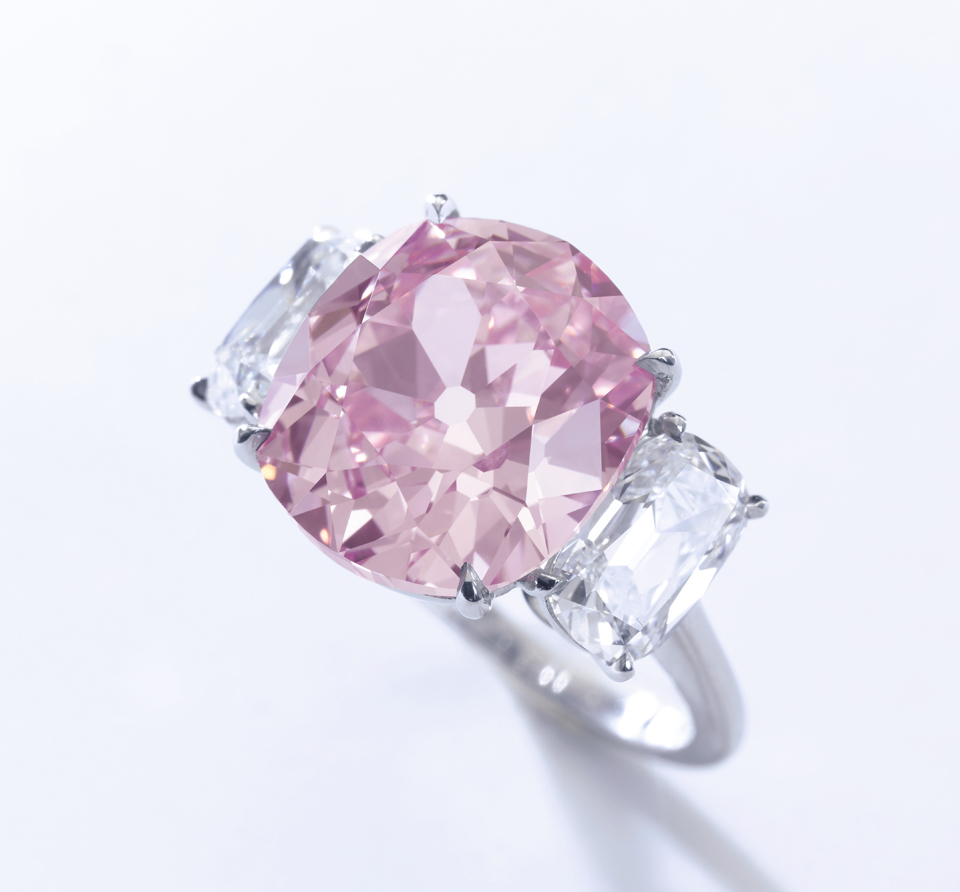 The Vivid pink diamond was then mounted by Dreicer & Co. and purchased by William Andrews Clark, Sr., who bequeathed it to his daughter, Huguette Marcelle Clark. The rare jewel was kept in a bank vault since the 1940s and only resurfaced after Miss Clark’s death in 2011.

In April 2012, the diamond came up for auction at Christie’s New York, under the name the Clark Pink. It was described as a natural color Fancy Vivid purplish pink, SI1 clarity. The diamond was subsequently recut to its current weight of 8.72 carats, which improved the clarity to VS2 and enhanced its inherent color.

This diamond’s rare color stands out in its current setting, a ring with two side stones that are cushion brilliant-cut diamonds of D color, weighing 1.09 and 1.12 carats and of VVS1 and VVS2 clarity respectively.

Rare pink diamonds are very desirable and sought after, so it is not surprising that this unique ring sold for $15.9 million this spring. 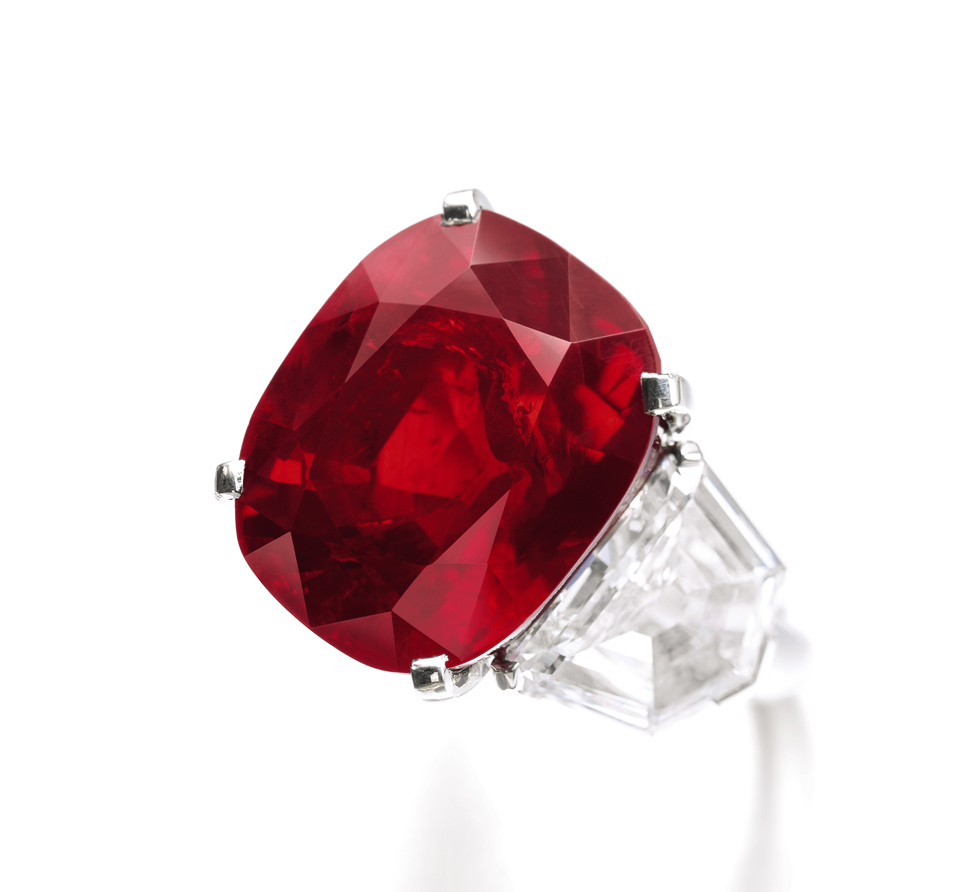 The 25.59 carat cushion-shaped ‘Sunrise Ruby’ is set in a Cartier ring with two shield-shaped diamonds, of 2.47 and 2.70 carat size. Photo courtesy of Sotheby’s.

The 25.59 carat cushion-shaped Sunrise Ruby is another rare gemstone that went up for auction in Geneva. The name for this unusual gemstone comes from a line from a poem written by the Persian poet Rumi (1207-1273):

“There’s nothing left of me. I’m like a ruby held up to the sunrise. […] The ruby and the sunrise are one.”

The purity and vivid red hues of the ruby are striking. Based on the stone’s gemological characteristics, it has been determined that the ruby came from the Mogok mines of Burma (Myanmar), a historic locality that’s referred to as the “Valley of Rubies.”

The “Sunrise Ruby” in this Cartier ring is flanked by two shield-shaped diamonds weighing 2.47 and 2.70 carats. Given the ruby’s unique combination of size, outstanding color, and quality, it should come as no surprise that the ring, which was expected to garner between $12 and $18 million, sold for $30.3 million. By comparison, a similar ring set with an 8.62 carats Burmese ruby, called the Graff Ruby, sold for $8.6 million at Sotheby’s Geneva in November 2014.

These are just two of the hundreds of outstanding jewels that Sotheby’s sold on May 12 in Geneva among the many other spring auctions that GIA has been watching closely.