Of all the diamonds in our Famous Diamonds series, the Koh-i-noor has one of the most mysterious pasts. It is likely from the Golconda region of India, although it is not known exactly when it was found, resulting in centuries of debate about its early history. 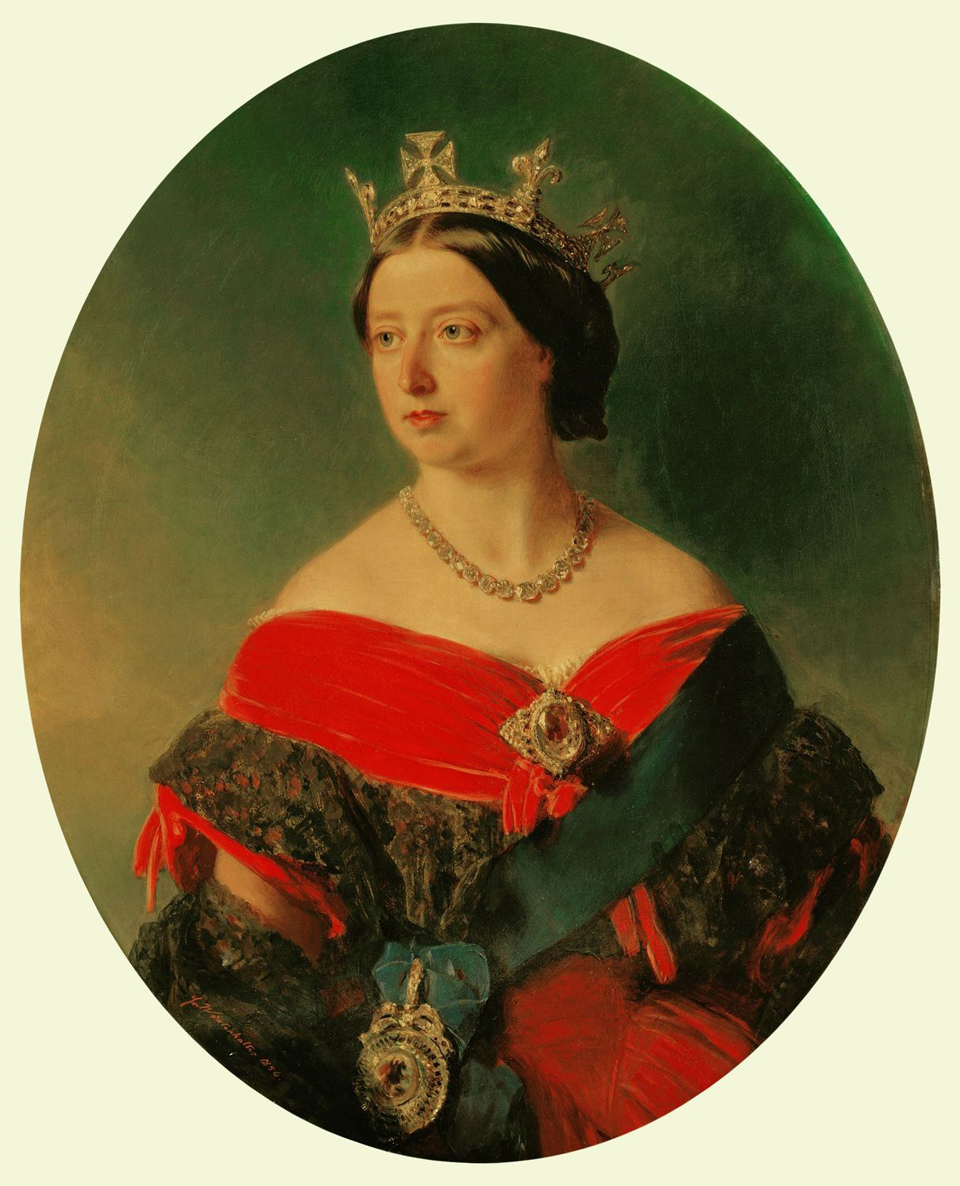 A large diamond, valued at “half the daily expense of the whole world,” is mentioned in the memoirs of Babur (1483-1530), the first Mughal emperor of India. Babur’s diamond, thought to be the Koh-i-noor, changed hands many times and was owned by various Indian and Persian rulers over the centuries. It is said to have obtained its current name in 1739 when Nader Shah (1688-1747) took possession of the diamond. After seeing it for the first time, he exclaimed “Koh-i-noor,” which means “mountain of light.”

Queen Victoria acquired the Koh-i-noor in 1849 through the Last Treaty of Lahore following the British annexation of the Punjab Province. When the diamond arrived in England in 1850, it was reported to have weighed 186 old carats. It was poorly cut with a flat base and set in an armlet. In 1852, largely on the suggestion of Prince Albert, the Koh-i-noor was recut for Queen Victoria, which resulted in a significant loss of weight. Today, the diamond is an oval modified brilliant cut that weighs 105.60 carats.

Legend says the Koh-i-noor brings bad luck to any man who wears it, so only a queen or queen consort has worn it since it came into British hands. The diamond has been worn by Queen Victoria, Queen Alexandra, Queen Mary and Queen Elizabeth. In 1937, it was set in a crown designed for Elizabeth to wear at the coronation of her husband, King George VI. The Koh-i-noor remains in Queen Elizabeth the Queen Mother’s Crown and, as part of the British Crown Jewels, it is on display in the Tower of London.

Learn about the Elizabeth Taylor Diamond, Cullinan II and the Orlov, all part of our famous diamonds series.