Ready for a stunning surprise? Put a gemstone under a high-powered microscope, and you’ll see a world of breathtaking beauty.

GIA researchers explore this hidden universe by photographing gemstones at magnifications up to 1,000 times larger than what the unaided eye can see. Called photomicrography, this technique is used to capture the internal gemological characteristics that are revealed under the microscope. These characteristics can help gemologists determine if a gemstone is natural, synthetic, or treated. 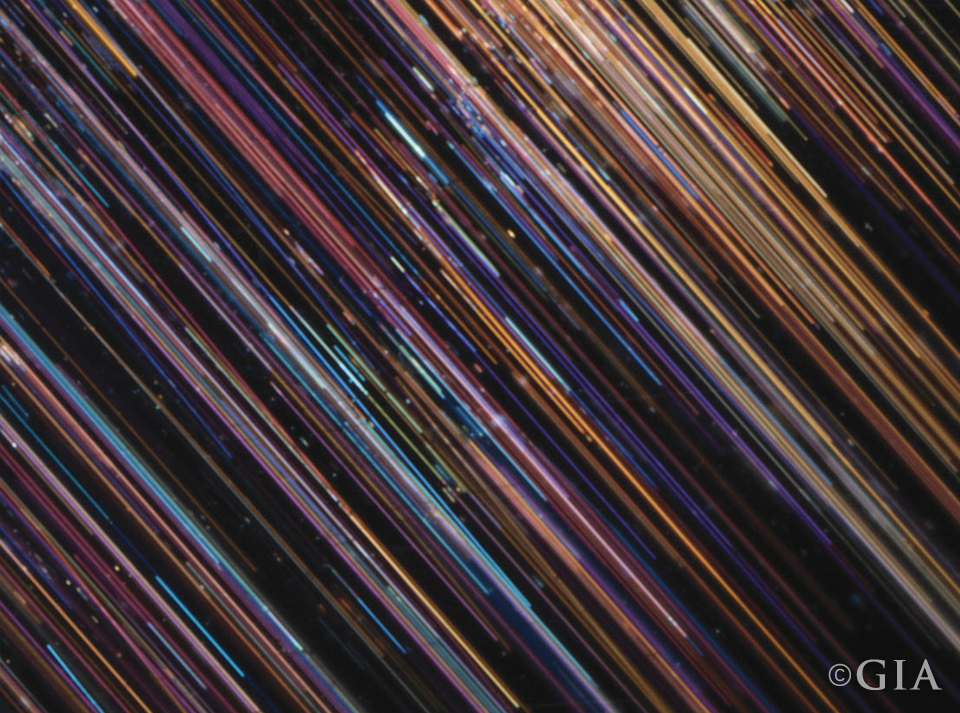 The night sky lit up by shooting stars?

Photomicrography has another benefit. Gemstones are geologic time capsules, and by documenting their inclusions (microscopic characteristics enclosed within a gem), researchers can study the environment in which it grew. Sometimes scientists can use this information to help them provide an opinion  from where a gem originated. That’s important information because in some cases the same species of gemstone can sell for dramatically different prices depending on the country from which it was mined.

GIA researchers continue to use photomicrography to advance the science of gemology. The images in this blog are just a sampling of some of the stunning beauty that is revealed…modern art or microscopic science? 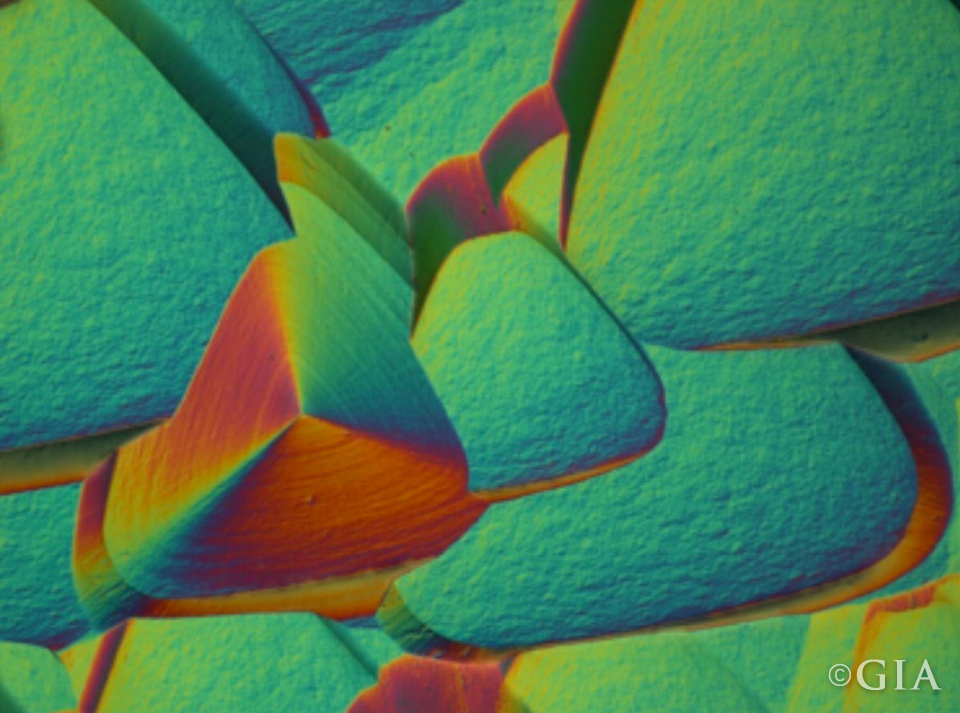 On this rough diamond from Wyoming, trigons, which are triangular indented growth marks on the surface, appear as colliding tectonic plates pushing pyramidal shapes into the sky – or so it seems to the imagination. 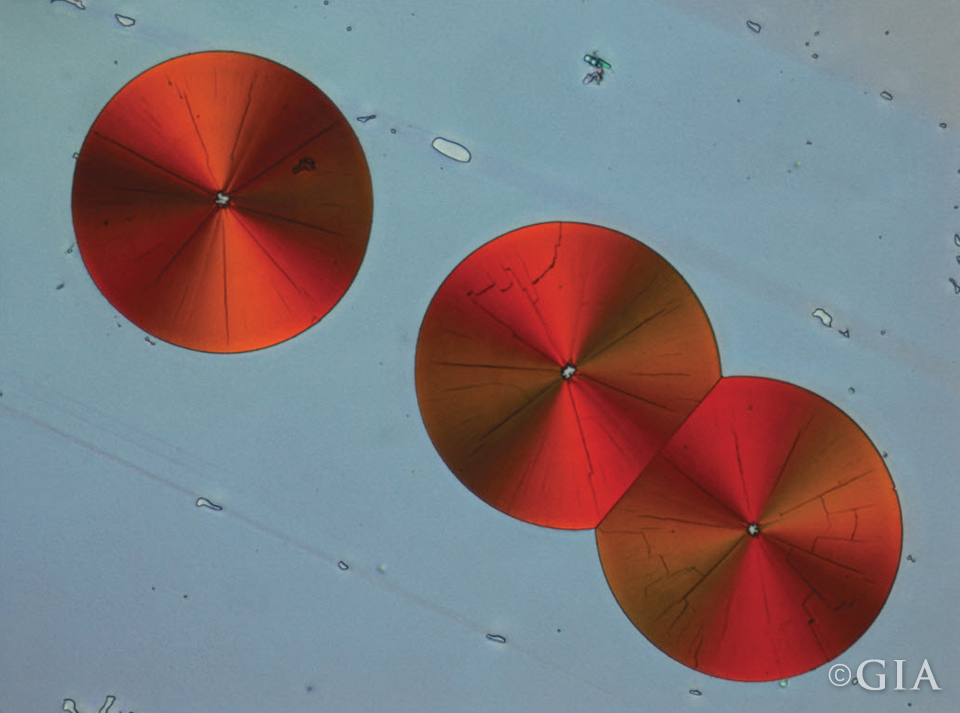 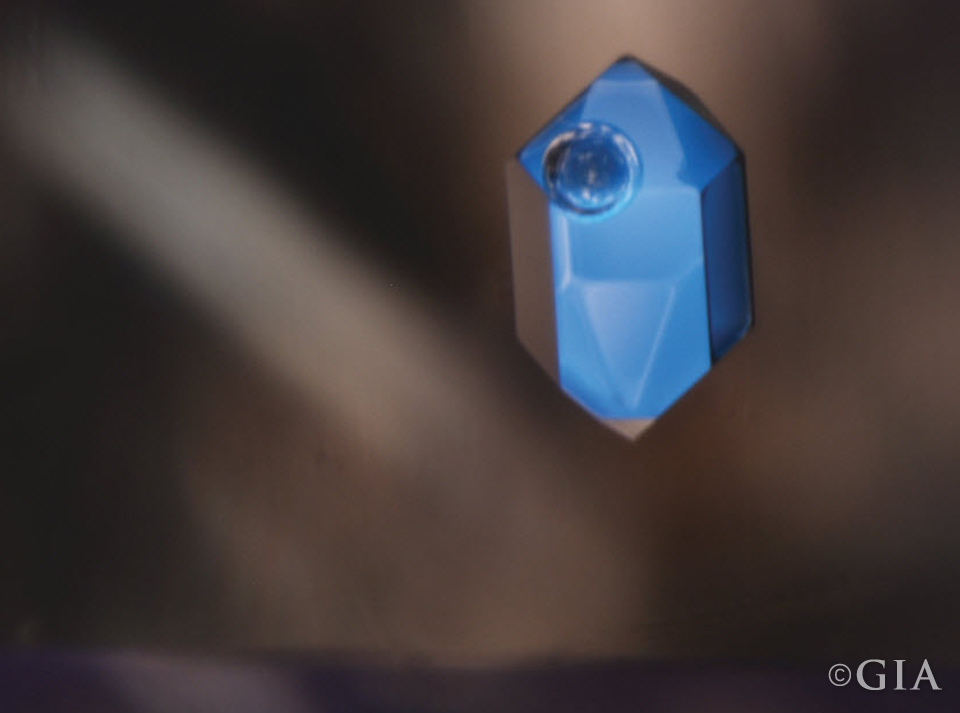 A blue crystal that appears to be floating.  This is the illusion made by this petroleum-filled negative crystal in quartz from Pakistan. A negative crystal is an angular void within a gem that is sometimes filled with a liquid, solid, gas or combination of these three phases. 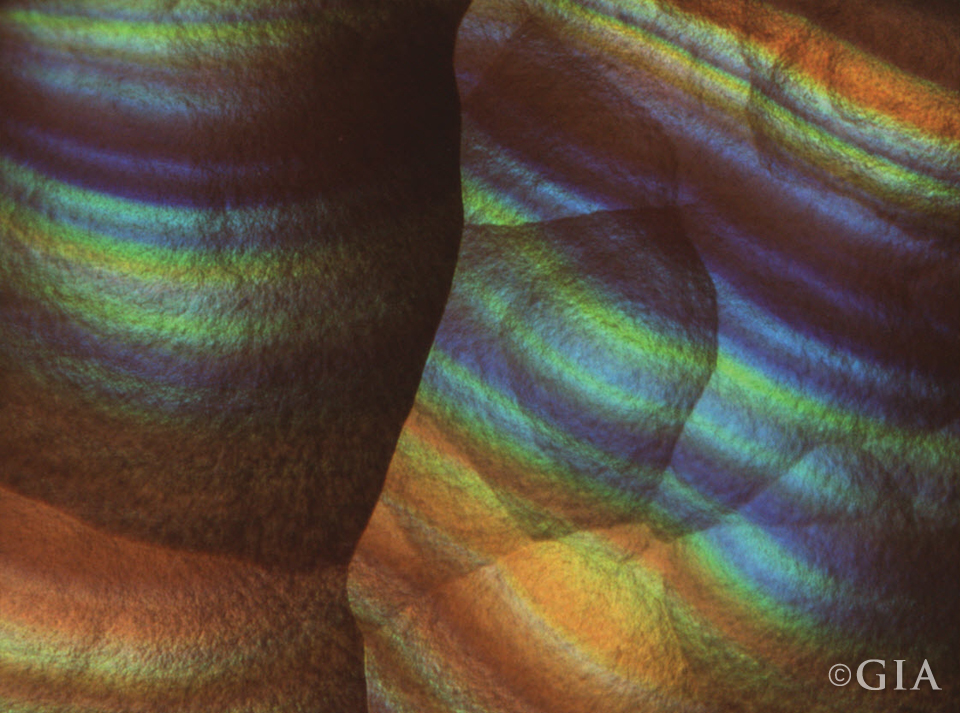 Imagine the canyons of New Mexico at sunset, but instead of being painted in desert hues it shimmers in a rainbow of colors. This fire agate seems well suited for our fanciful scene.