The process of selecting an engagement ring is full of big decisions and small ones. You’ve learned about the 4Cs (color, clarity, cut, and carat weight) and the important role they play in determining a diamond’s value. You’ve probably spent some time deciding on the right diamond shape. And you’ve thought hard about picking the right white metal or whether to go with gold. You’ve finally chosen a solitaire setting, and now have to decide on the number of prongs.

Prongs may be small, but they play an important role in showcasing the diamond and protecting it from damage and loss. So it’s worth spending a few minutes learning about the pros and cons of four-prong versus six-prong settings. But if you read no further, here’s our spoiler: In our view, the security of the diamond is the most important factor to consider. If you’re not sure how many prongs to pick, go with six.

What is a prong?
Designed for single stone or solitaire rings, prongs act like a claw, holding a diamond in place in a visually unobtrusive way. Prongs are like small wires that bind the stone; they are welded to the band to ensure the diamond’s safety. Prongs suspend the stone high enough off of the band to show its size and detail. 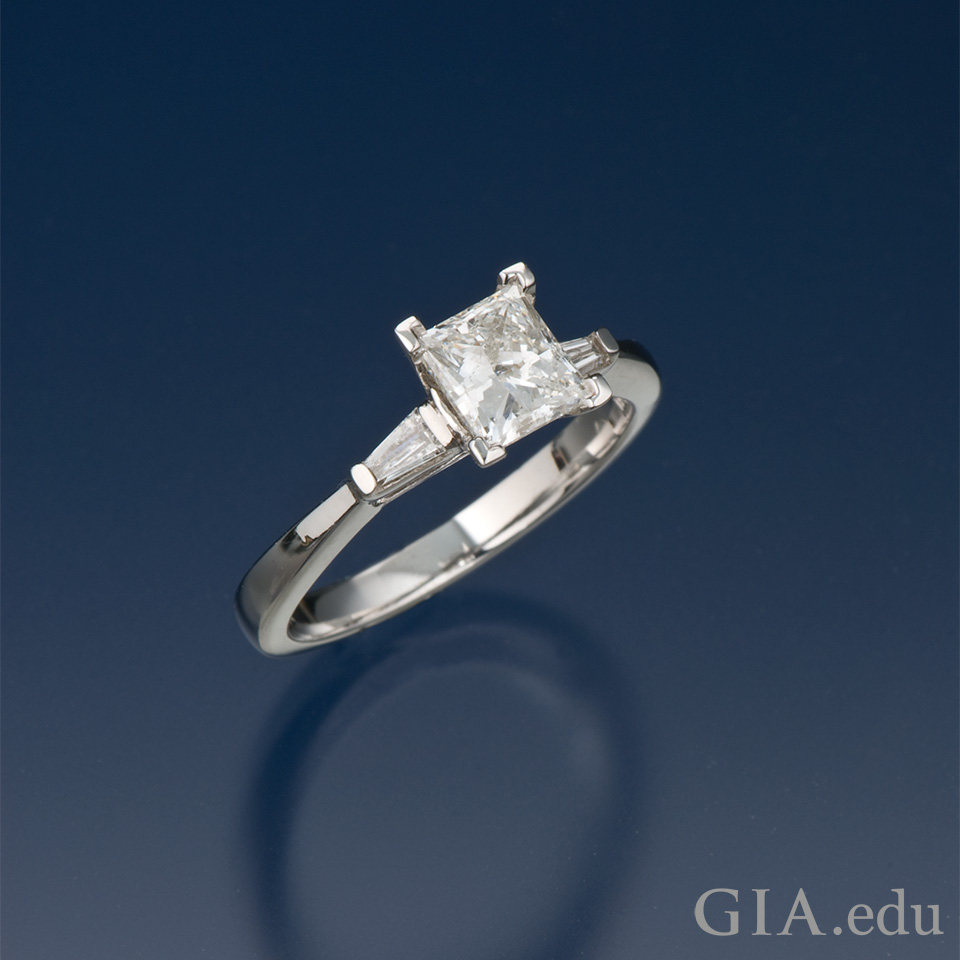 A four-prong setting shows off the princess cut diamond in this engagement ring. Photo: GIA

Fact: A diamond’s sparkle is determined by the quality of its cut, not by the number of prongs in a setting.

The Tiffany six-prong setting, introduced over 125 years ago, is the iconic image of the engagement ring. This look helped popularize the giving of diamond solitaire rings for engagements, and it remains a favorite, and often imitated, style. 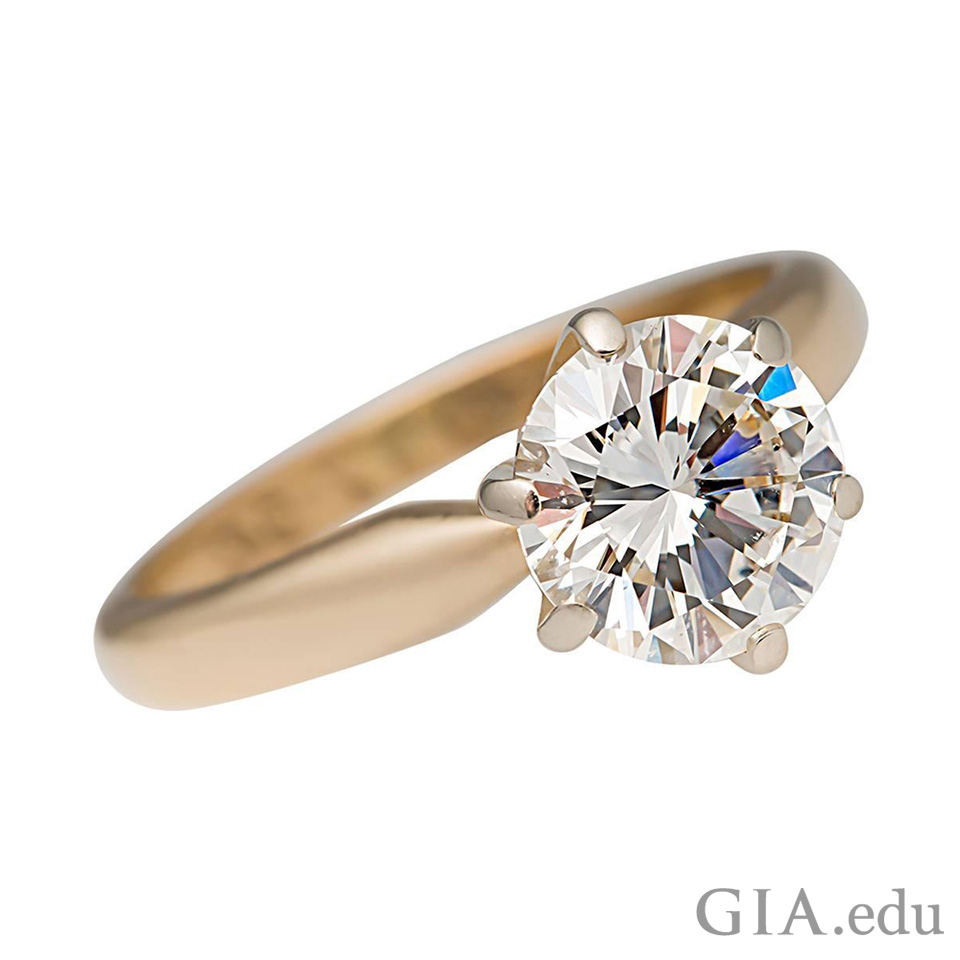 A 1.52 carat diamond is held securely in place with a six-prong setting. Courtesy: 1stdibs.com

We hope you find this information helpful in deciding between a four and six prong setting. If you need a quick reference guide to help you with your diamond engagement purchase, you might like our Diamond Buying Guide Tip Sheet.