First, become acquainted with “Kismet,” a 10.91 carat tourmaline set with diamonds in a platinum ring, by Michael A. Saldivar. This vivid greenish blue (called neon blue in the trade) tourmaline was discovered in Paraíba, Brazil, a locality famous for producing vibrant blue to green tourmalines colored by copper. 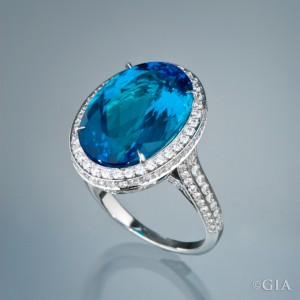 December’s birthstone comes in a several blue hues including an intense medium blue, sometimes described as robin’s egg blue. Turquoise is one of the humankind’s longest loved gems and is considered a sacred gemstone in many cultures. From the American Southwest, Navajo, Zuni and Hopi artisans are well-known for the creation of beautiful turquoise jewelry. 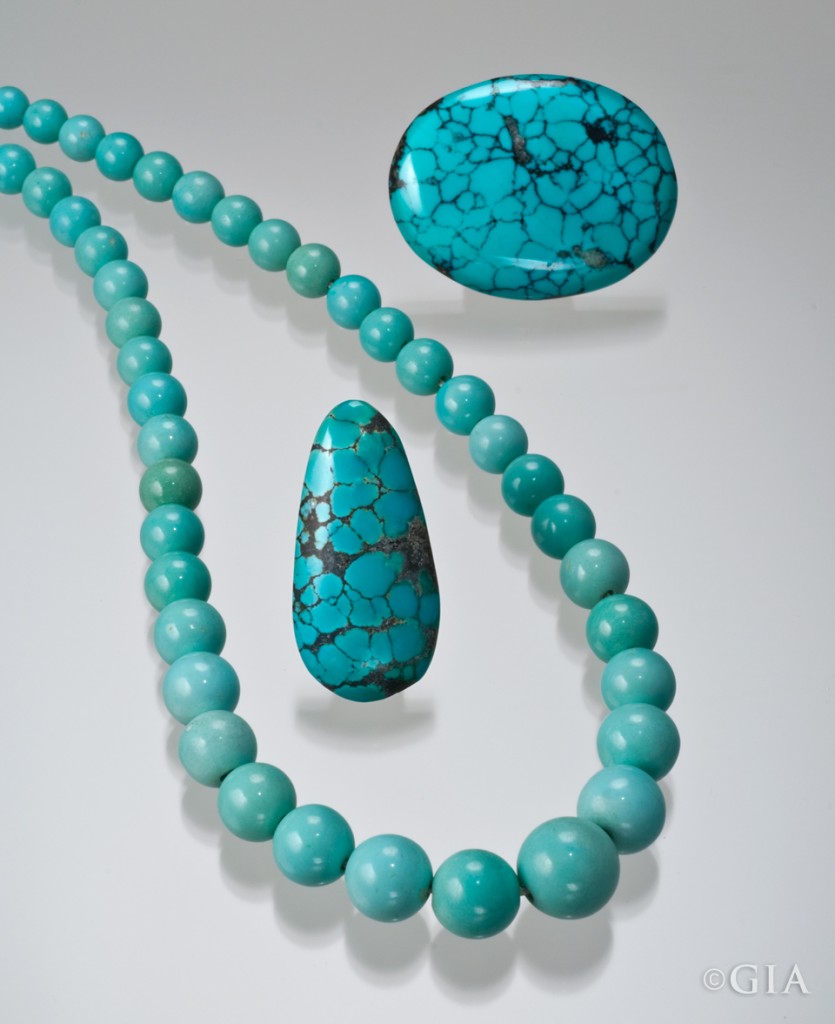 Interesting Fact: once abundant in the Southwest (and Arizona in particular), many turquoise mines are becoming depleted as gem quality material grows in popularity across the U.S. and Europe.

Sapphire is the classic blue gemstone and a favorite among many. This brooch features the “Starry Night Sapphire,” a beautiful example of a truly mesmerizing phenomenon: a six-rayed star. This 111.96 carat unheated Burmese blue star sapphire is reminiscent of the blue sky in van Gogh’s painting of the same name and evokes a similar dreamy quality. 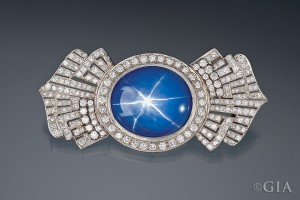 Interesting Fact: one of the most well-known sapphires is in the engagement ring that belonged to Diana Spencer and now Kate Middleton (Diana, Princess of Wales and Catherine, Duchess of Cambridge respectively).

Interesting Fact: Only 1 diamond in 10,000 is a colored diamond, making these colorful wonders among the most rare and costly of all gemstones.

These stunning blue gemstones remind us that there is a rich natural beauty to be found among the cold, gloomy days of the winter season. Which blue gemstone will you add to your collection next?