In the past century, pearls have gone from some of the most expensive and rarest objects to jewelry that many of us can afford.

Ready to set sail and learn about these treasures?

The pearling regions of the South Seas stretch between the southern coast of Southeast Asia and the northern coast of Australia, and extend up to the Philippines. Mikimoto experimented with Pinctada maxima and Pinctada margaritifera oysters in the early 1900s, but the cultured pearling industry began  with the first commercial pearling farm in Western Australia in 1956 and in Burma, which produced its first harvest of Pinctada maxima in 1958.

In 1906, England’s William Saville-Kent (1845 – 1908) successfully cultivated Pinctada maxima. A law protecting the mother-of-pearl industry, though, kept Australia’s pearling industry in limbo until 1948.  A change in government policy and pearler Arthur Streeter helped jumpstart the industry, and successful harvests followed in 1957. Still, the industry struggled until the 1990s, when Nick Paspaley increased production at a number of his farms and ones he acquired. Cultured South Sea pearls range from 8 mm to 20 mm in diameter, with an average of 13 mm.

The Philippines is another important site of pearl production, though this was not always the case. Until the 1980s, the country’s pearl farms had meager success. This changed when pearler and entrepreneur Jacque Branellec began pearl farming. His company, Jewelmer (which he co-founded with businessman Manuel Cojuangco), has become synonymous with exquisitely grown cultured pearls. Jewelmer is also known for its eco-friendly stewardship. In a related note, golden cultured pearls from the Philippines are expensive and hard to obtain.

Depending on which Pinctada maxima oyster is used—silver-lipped or gold-lipped—this mollusk can produce large cultured pearls that are white to silver, sometimes with pink, blue or green overtones, as well as yellow to orangy yellow pearls, called “gold” or “golden” in the trade. The Pinctada maxima needs pristine waters to flourish, yet ocean pollution, rising sea levels, and changing water temperatures have affected harvests in Myanmar, a key seeding ground.

The possibility that South Sea pearls may become rarer because of pollution, rising sea levels, and changing water temperatures can only make them more valuable.

The lustrous white and cream-colored cultured pearl was long considered the quintessential pearl – until the introduction of the ‘black’ Tahitian cultured pearl in the 1970s.

These exotic cultured pearls are produced by the Pinctada margaritifera, a mollusk native to French Polynesia. They can be a deep, rich black, and also display a variety of colors: purple, green, metallic grey, and greyish blue.

The honor of creating the first pearl farm belongs to Jacques and Hubert Rosenthal, who established one on the Manihi atoll in 1966. The first black pearls were harvested in 1972. Jean-Claude Brouillet, a businessman-turned-pearl farmer from France and Salvador Assael, whose family had been marketing pearls since the 15th century, were largely responsible for popularizing black pearls. They helped create demand by circumventing the traditional Japanese distribution system and marketing to the industry. The two also worked to ensure a consistent supply and to create consumer trust by submitting their cultured pearls to GIA to confirm that the color was natural.

Robert Wan also played an important role in the growth of the Tahitian pearl industry. Starting out in the early 1970s, his farms were soon producing half of all Tahitian pearls. Wan was so successful, in fact, that he was called the “Mikimoto of Tahiti.” He still is a leading figure, and his legacy also includes the Pearl Museum in Papeete, Tahiti, an institution Wan built in sole devotion to celebrating the pearl. 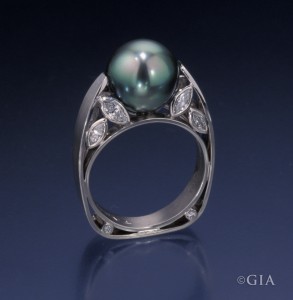 Since the French Polynesian government  places strict limits on how cultured pearls can be farmed, their size and their nacre thickness (at least 0.8 mm), Tahitian pearls will remain rare…and stay expensive.

China began seeding cultured  akoya in the 1980s (these are saltwater pearls). Smaller, low-quality pearls were common the first decade of production, partially because of lack of understanding of culturing methods, but the quality dramatically improved by the late 1990s. The country now produces cultured pearls considered to be the equal of Japan’s legendary akoya farm. 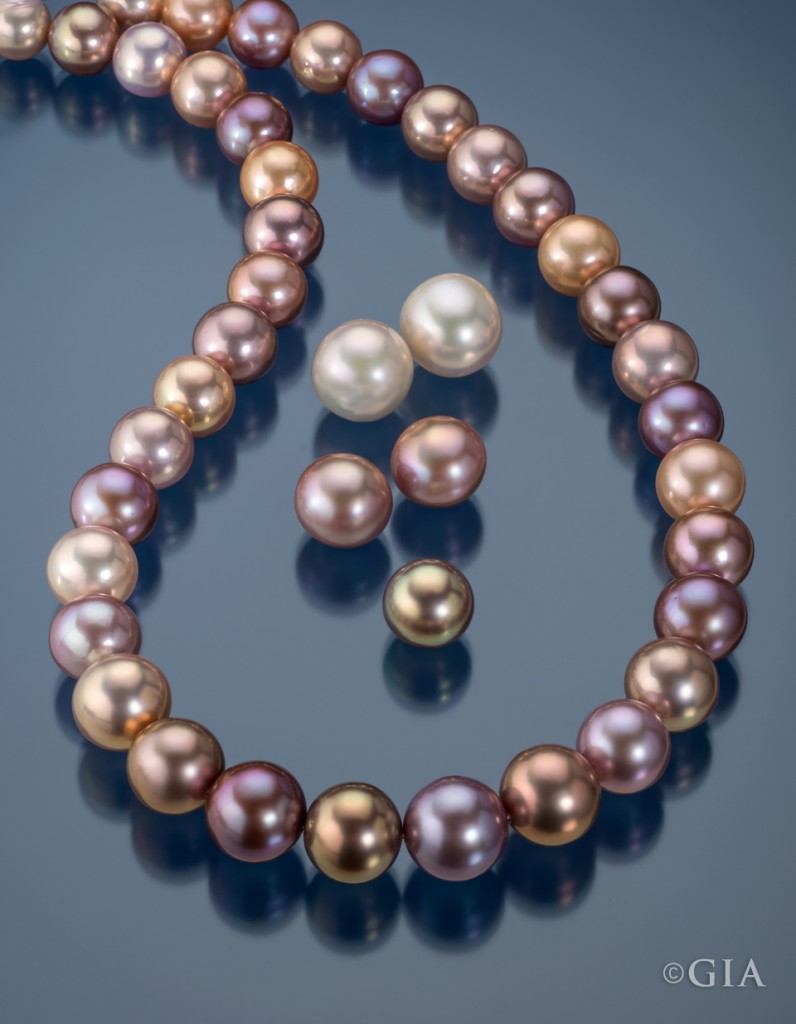 A collection of colorful freshwater cultured pearls from China ranging in size from 11 mm to 14 mm.. Courtesy of King’s Ransom.

As noted in the Spring 2014 issue of Gems & Gemology, demand for fine cultured pearls from China has outpaced supply. Quality continues to improve, while advances in culturing methods have resulted in a wide range of sizes and new colors.

With numerous rivers and bodies of fresh water, native mussels that take to pearl seeding, and a long history of aquaculture, China will continue to be the dominant force in the cultured pearl market.

The pearl consumer is becoming increasingly sophisticated, according to Fran Mastoloni of Mastoloni Pearls. Mastoloni also added that consumers are increasingly seeking cultured pearl jewelry of different colors, shapes, and lengths. Pearl connoisseurs are likely to get their wish, thanks to new kinds of cultured pearls coming out of China and the work of innovative jewelry designers. 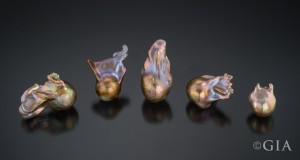 These cultured freshwater pearls from China (13-18mm in size) are called “fireball” because of their dramatic shape.

All in all, it’s a good time to love cultured pearls. What do you like about the South Sea and Tahitian varieties?