Jurassic World is about to roar through theaters, and that made us nostalgic for the original movie, Jurrasic Park (1993) – especially the memorable scene where scientists extracted dinosaur blood from a mosquito trapped in amber. 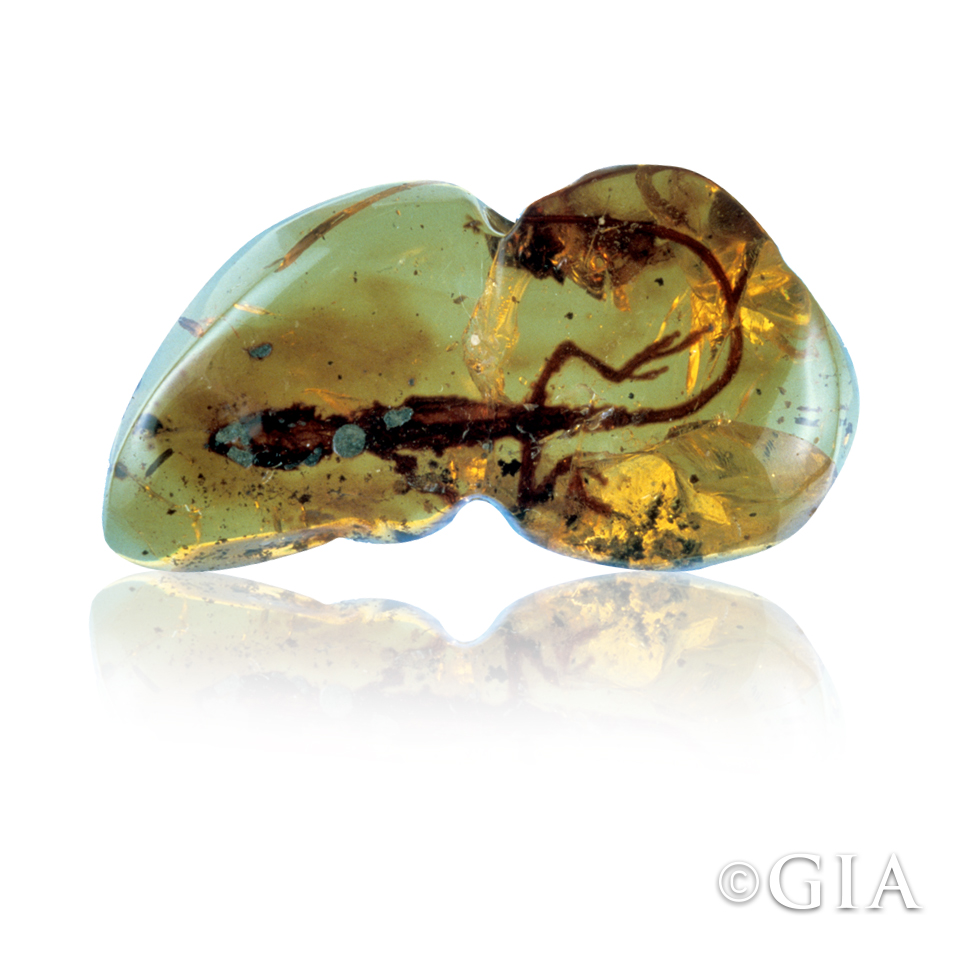 A lizard is forever trapped in amber. Specimens with intact insects or reptiles like this one are quite rare. Photo by E. J. Gübelin/GIA, courtesy of the Dr. Eduard J. Gübelin Collection

All of the excitement surrounding the release of Jurassic World inspired us to share organic gem materials that formed millions of years ago, around the time when dinosaurs roamed the Earth. Amber, ammolite, jet, and opalized wood are four beautiful entrants, and we take a closer look at striking pieces made of each of these materials.

Amber formed over 40 million years ago from resin oozing out of the bark of an infected or injured tree. If an insect, or other small creature, happened to be in the wrong place at the wrong time, it became trapped in the resin.  With the passing of time, the resin hardened into amber, allowing us to sometimes see the vestige of a once living thing from the distant past. 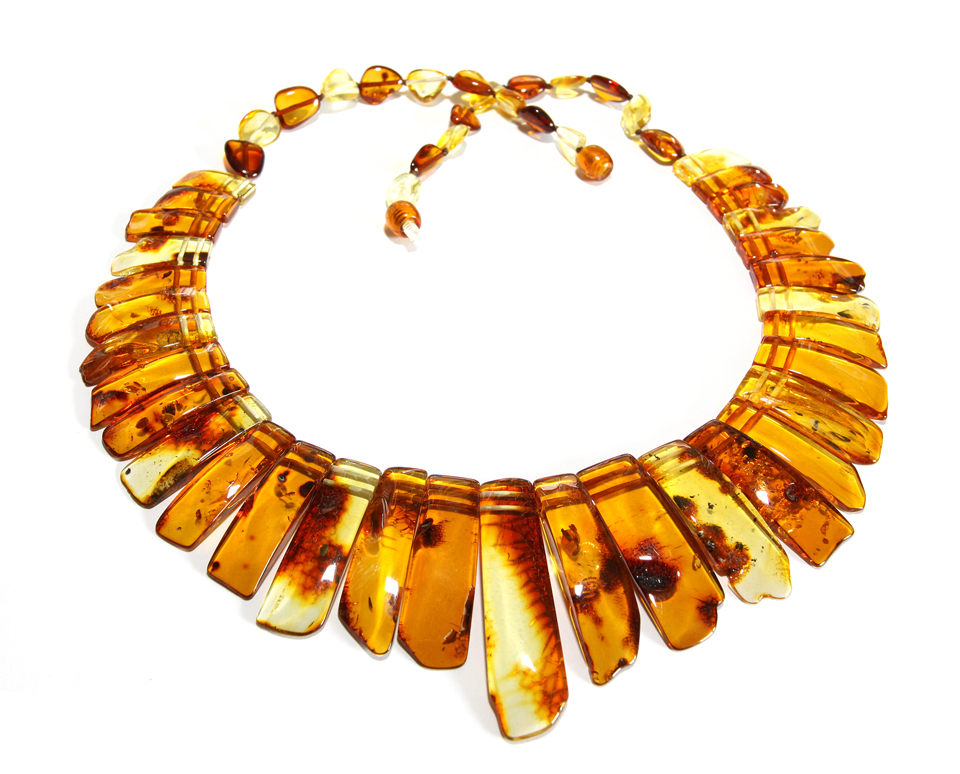 This necklace is made of Baltic amber which formed from tree sap from the ancient forests of Finland, large regions of Scandinavia and the Baltic Sea. These trees fell some 45 to 50 million years ago. Photo courtesy of Irena Misevic/Shutterstock.

Ammonites were squid-like creatures that hunted in pre-historic oceans. They lived about 200-65 million years ago, becoming extinct with the dinosaurs. Two species of ammonites – the Placenticeras meeki and P. intercalare – transformed over time into stunningly colored fossils called ammolite now used in jewelry and objet d’art. 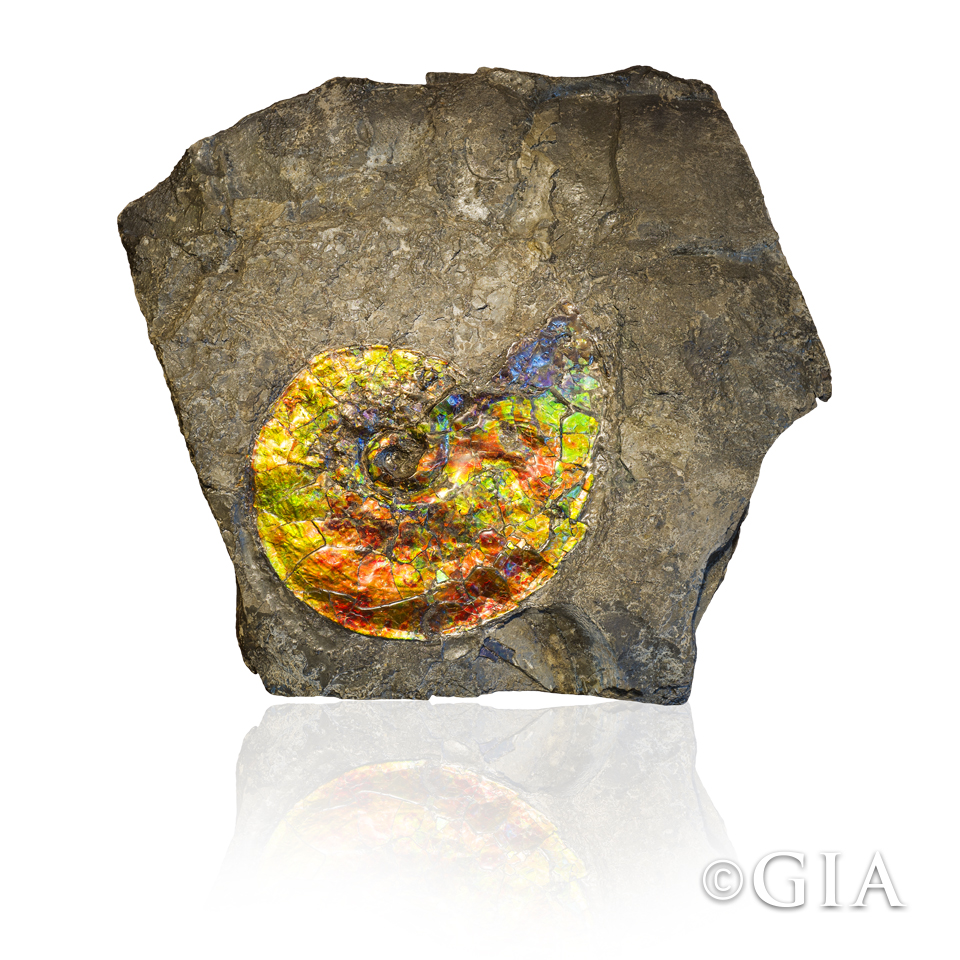 This coiled rainbow of colors is the iridescent, fossilized shell of an ammonite referred to as ammolite. Photo by Kevin Schumacher/GIA, gift of Korite International 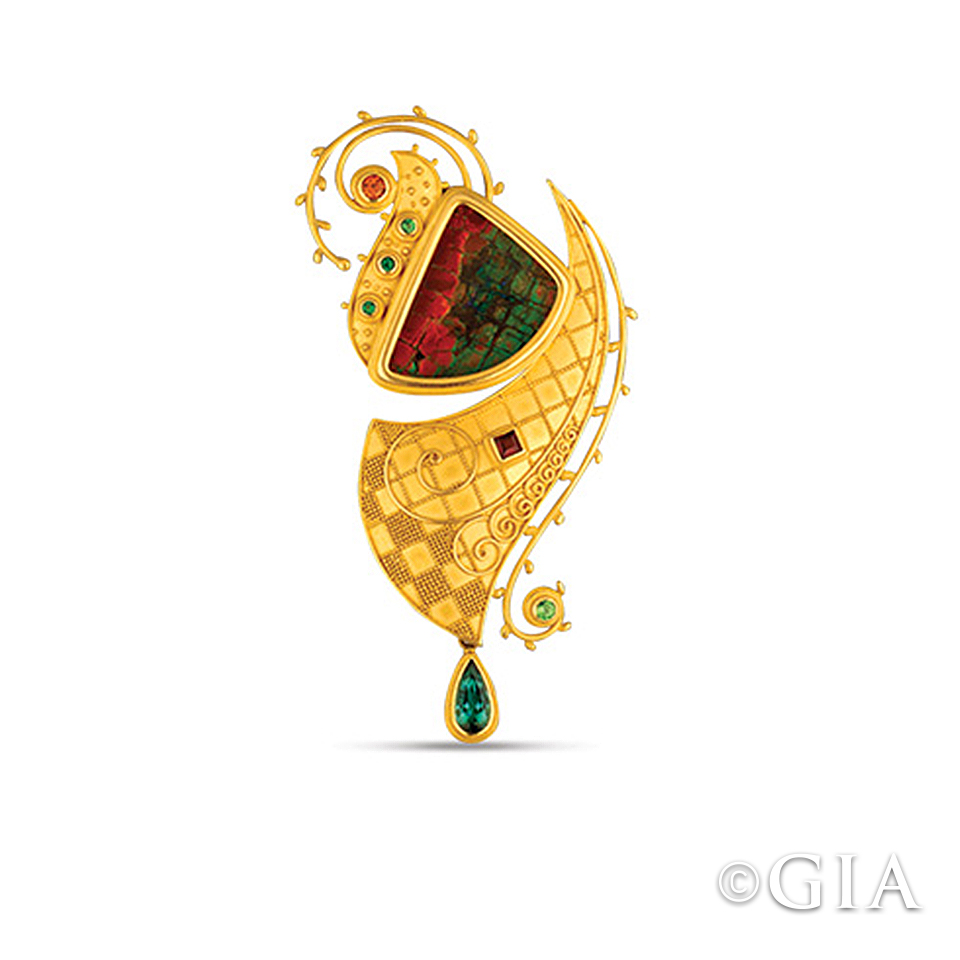 Carolyn Tyler took a piece of ammolite and turned it into a creation inspired by the art of Bali. It is framed in 22K gold and accented with spessartine and tsavorite garnets. Photo by Dwight Gooch/GIA, gift of Carolyn Tyler

Jet is an ornamental form of lignite coal that dates back about 180 million years ago. It was created when dead trees, related to the Araucaria family, were swept into the sea and buried by sediment. Over time, heat and intense pressure caused oxygen and hydrogen to be released from the wood leaving carbon.

Jet is a shiny, soft material (about 2.5 on the Moh’s Scale) that ranges in color from deep black to dark brown. Jet was especially popular during the latter part of the Victorian era (1837-1901), when Queen Victoria wore it in mourning after her husband, Prince Albert died in 1861. 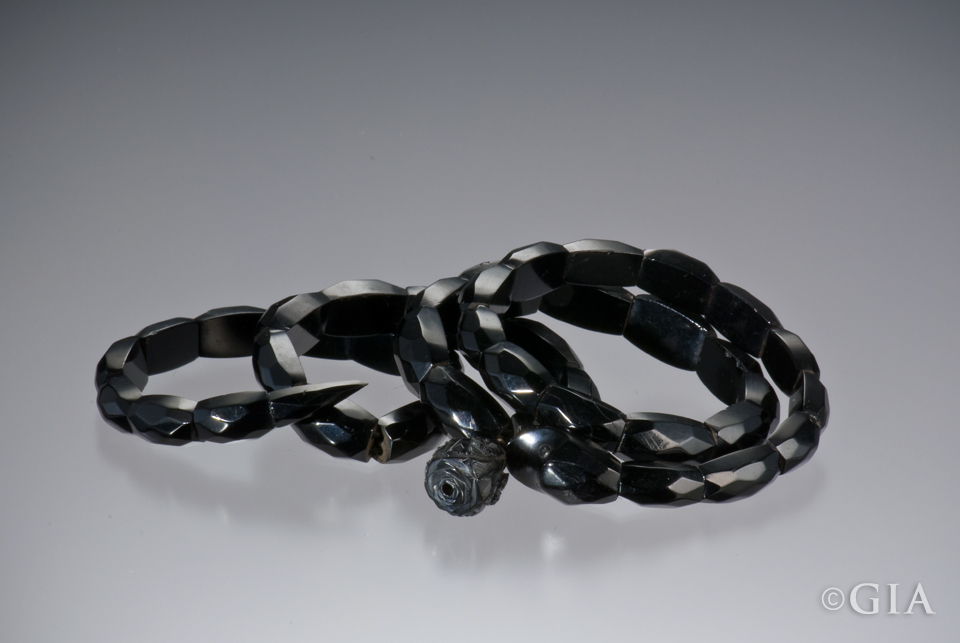 Opalized wood dates back over 200 million years and has a similar beginning to jet. Dead trees were washed into ancient rivers and buried by soil. Silica, dissolved from the soil by rain water, seeped into the wood and gradually replaced the organic material with opal. 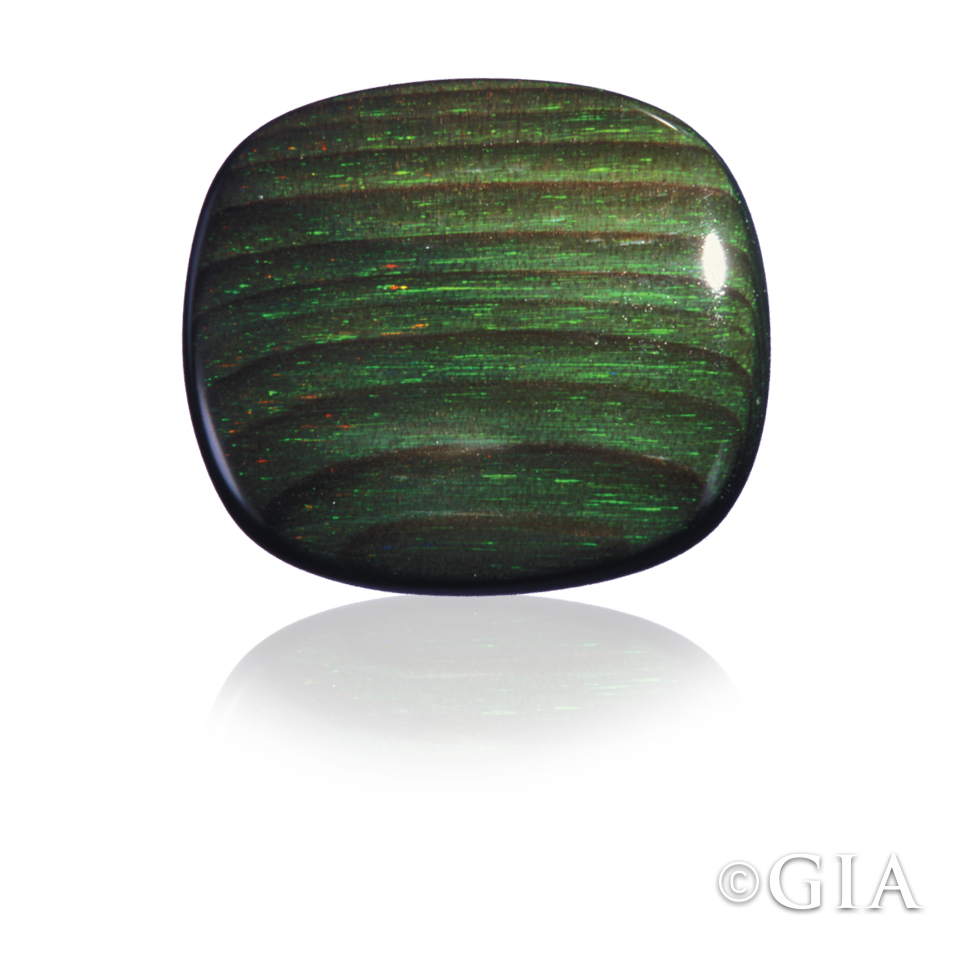 This 15.10 ct cabochon of opalized wood still shows the banded structure of the original wood. You’ll find opalized wood in a variety of jewelry like necklaces, earrings, and rings. Photo by John I. Koivula/GIA.

If you happen to be walking the Red Carpet for the premiere of Jurassic World, you now know what gems are appropriate for the occasion. And even if you aren’t attending, you can appreciate these ancient beauties with a more discerning eye.

Intrigued by ammolite? We’ve devoted a blog to this fashionable fossil.