In honor of the Dragon Boat Festival, why not consider wearing dragon-themed jewelry? A striking choice to complement your outfit, it could add a splash of color to your attire as you stroll the river banks and enjoy your traditional sticky rice dumplings and wine. 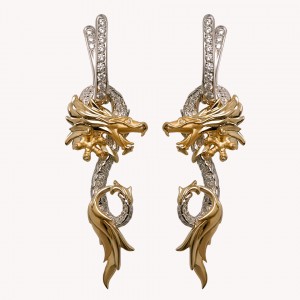 Dragon boat races are held on the fifth day of the fifth month of the Chinese lunar calendar. These are festive, heart-pumping events in which the long row boats are decorated at the bow with a dragon head and the stern is decorated with a dragon tale and the hull of the boat is painted to resemble scales. They are manned by a crew of eight to 80 paddlers pulling their oars to the beat of a drummer. Teams race against each other at distances of 200 to 2000 meters. You can now find dragon boat races throughout the world including Asia, Canada, Europe, and the United States.

The Dragon Boat Festival, also known as the Duanwu Festival, is often associated with the life and death of Chinese scholar, Qu Yuan (340 BC to 290 BC), who was wrongly accused of plotting against the emperor. Exiled from his homeland as punishment, Qu Yuan was overcome by grief and cast himself into the Miluo River. Admiring citizens searched for Qu Yuan in hopes of finding him. They also threw rice into the river in hopes of feeding him – and to distract the fish from eating him. The tradition of casting rice in the river still continues to this day.

Dragon boat races provide a convenient reason to break out your dragon-themed jewelry. As the races are set to begin, we share several pieces below that might inspire you. 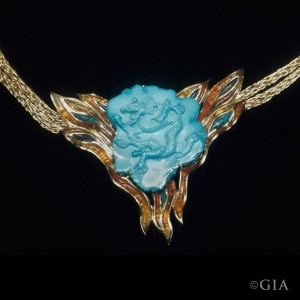 Elizabeth Beanaiche’s “Dragon Chasing a Pearl” necklace in turquoise, fire opal, and black opal is a contemporary take on an ancient symbol. The dragon pursues the pearl of wisdom; the wearer of this necklace has attained an object of beauty. 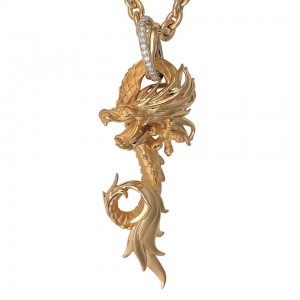 Carrera y Carrera’s dragon pendant in yellow gold with a diamond-studded bail is sure to scare away evil spirits. The energetic lines of the piece illustrate the power of the mythical beast. 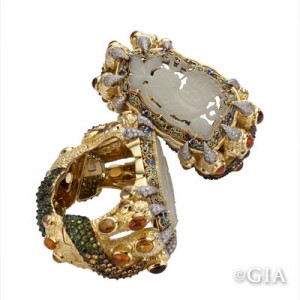 “Imperial Dragons” by Tony Duquette and Hutton Wilkinson. Courtesy of a private collector.