The cushion cut diamond has a long history – it is one of the oldest diamond shapes and cutting styles – and is once again popular. In fact, it was the third most popular diamond shape in 2013 according to a survey conducted by The Knot.

The old mine cut diamond is the forerunner of today’s modern cushion brilliant cut.

The modern day cushion cut diamond is reminiscent of an early brilliant cut now called “old mine cut“. The old mine cut dates back to the 1700s and was the most common cut until the late 19th century. This cut was named for the diamond mines in Brazil because it was often used to take advantage of the shape of diamond rough from this area. After diamonds were discovered in South Africa, the Brazilian mines became known as the old mines, hence the name.

The defining characteristics of an old mine cut diamond are a squarish shape with a high crown (top), small table, deep pavilion (bottom), and a large culet. Historically, diamond cutting was a slow and difficult process and diamond cutters were limited by the technology available at the time. Retaining as much weight from the rough diamond as possible was important to save time and money. The old mine cut was most conducive to accommodate these cutting limitations. 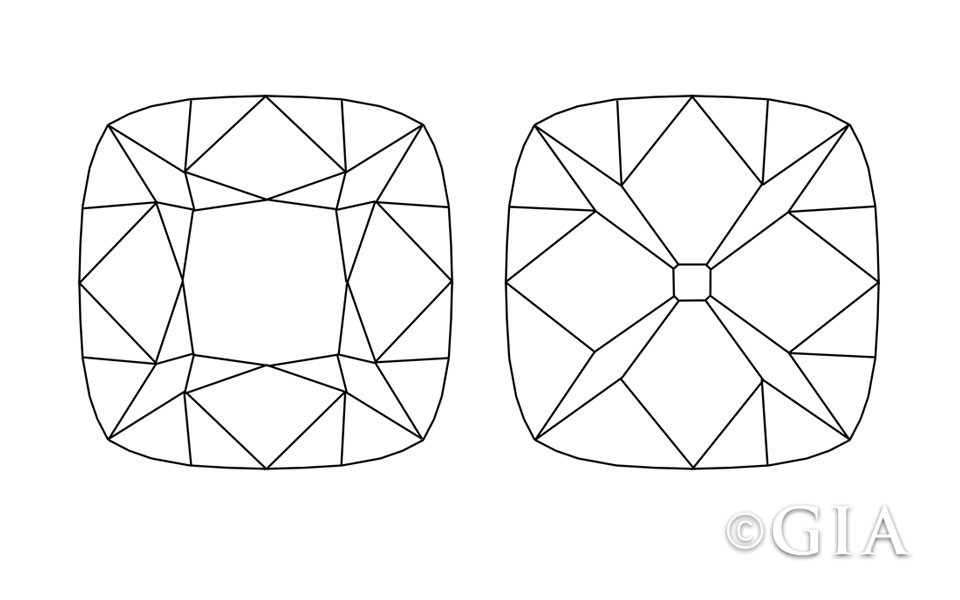 With an old mine cut, the diamond’s crown (top) is higher and pavilion (bottom) deeper than today’s standards. Moreover, the light patterns from the brilliant facets are distinctly different from modern-cut diamonds.

Modern day cushion brilliant cut diamonds are square or squarish-rectangular shapes with curved sides and either rounded or pointed corners.  Typically, this cut will have four or eight mains, which are kite-shaped facets between the girdle and the culet. Sometimes the cut is modified to include extra facets on the crown or pavilion, in which case the cut is called “modified cushion cut brilliant.”

Given the long history and popularity of the cushion-shaped diamond, it’s no wonder that  several of the world’s most famous diamonds have the distinctive cushion shape. 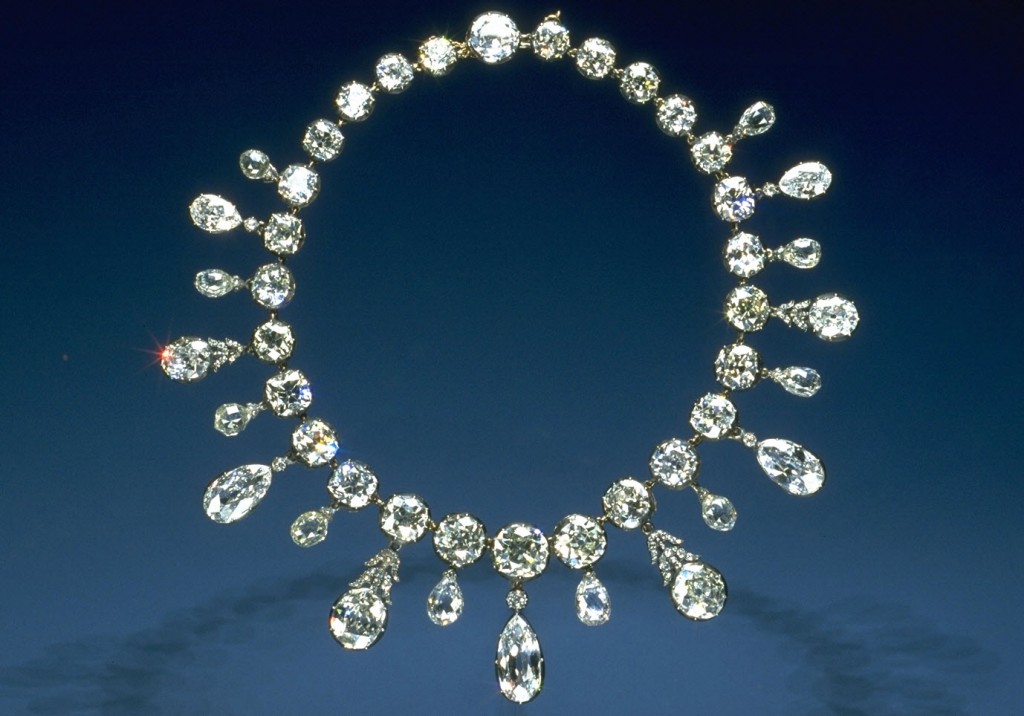 The Napoleon Diamond Necklace consists of 234 diamonds with a total carat weight of  about 263 carats. There are 28 old mine-cut diamonds in addition to pear shapes, ovals, briolettes, rose cuts and small round brilliants. In 1811, Napoléon Bonaparte gave this necklace to his second wife, Empress Marie-Louise of the Austrian House of Habsburg, Empress of France. The necklace remained in the Habsburg family until it was sold in 1948 to a private individual.

Through various transactions it found its way to New York jeweler Harry Winston who sold it to Mrs. Marjorie Merriweather Post in 1960. She donated the necklace to the Smithsonian Institution in 1962. It can now be viewed at the National Museum of Natural History in Washington, D.C.

In 2012, Christie’s Geneva auctioned one of the world’s most important diamonds, the Archduke Joseph, for $21.5 million. The 76.02 ct, D color, Internally Flawless cushion brilliant cut sold for more than $280,000 per carat, which set a record for colorless diamonds at that time. The diamond is named for one of its illustrious owners, Archduke Joseph August (1872–1962), a Hungarian prince of the Habsburg dynasty.

There are many more well-known cushion-shaped brilliant diamonds including the Archduke, Cullinan II in the British Imperial State Crown, Hope Diamond, Regent, Jubilee, and Agra Diamond just to name a few. 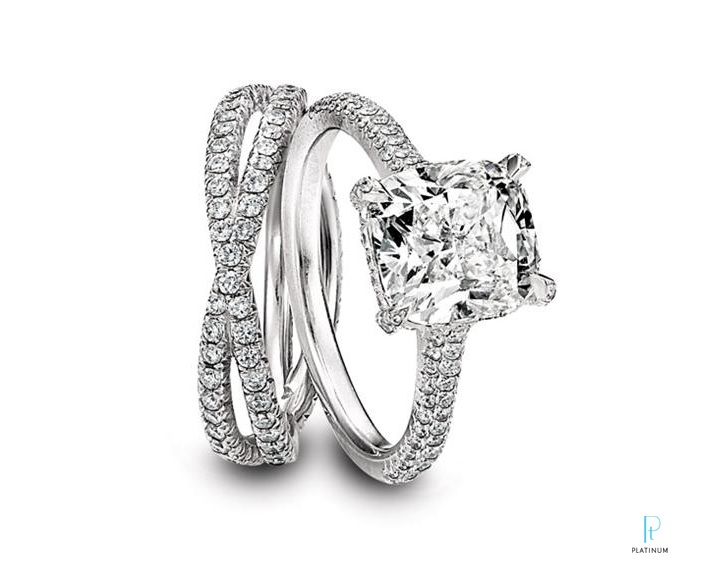 With the resurgence in popularity of cushion-shaped diamonds, in the past few years numerous celebrities have been flaunting engagement rings with cushion brilliant cut diamonds.

What to Look for in a Cushion Cut Diamond

Whether you’re an admirer of classics and appreciate the historic cushion shape diamonds that have appeared throughout the centuries, or you’ve just recently come to covet your favorite modern day celebrity’s cushion cut diamond engagement ring, there are a few factors to consider when selecting a cushion cut diamond.

Want to know more about diamond cuts? A relative newcomer to the diamond universe, learn about the princess cut which was created in 1981.