March 2nd is a special day for us at GIA, jewelry aficionados, and those shopping for diamonds and diamond engagement rings: it’s the birthday of Richard T. Liddicoat (1918 – 2002) – the father of modern gemology, an inspiring teacher to thousands of jewelers, and a leader in the development of the GIA International Diamond Grading System™ and GIA diamond grading reports.

Liddicoat, who earned a bachelor’s degree in geology and a master’s degree in mineralogy from the University of Michigan, joined GIA on June 28, 1940, as the assistant director of education.  Liddicoat left GIA for a short period to serve in the U.S. Navy from August 1942 to January 1946, serving as a weather officer on aircraft carriers during World War II. He returned to GIA in February 1946 as director of education and research. He wrote not only the first edition of the Handbook of Gem Identification – a landmark text published in 1947, but a total of 12 editions of this work which are  still widely used.

Richard T. Liddicoat served as GIA’s president from April 1952 to July 1983.  One of his greatest accomplishments was his contribution to the development of the grading standards and terminology for describing diamond color and diamond clarity. The system known today as the GIA International Diamond Grading System™, which includes the D-to-Z Color Scale and Flawless to I3 Clarity Scale, was initially developed to support GIA’s diamond education curriculum in the early 1950s. It came at a time when there was no standardization of terms and concepts to describe diamond quality, and no standard grading practices in use. The system quickly gained popularity and set the stage for the first GIA Diamond Grading Reports first issued in 1953. 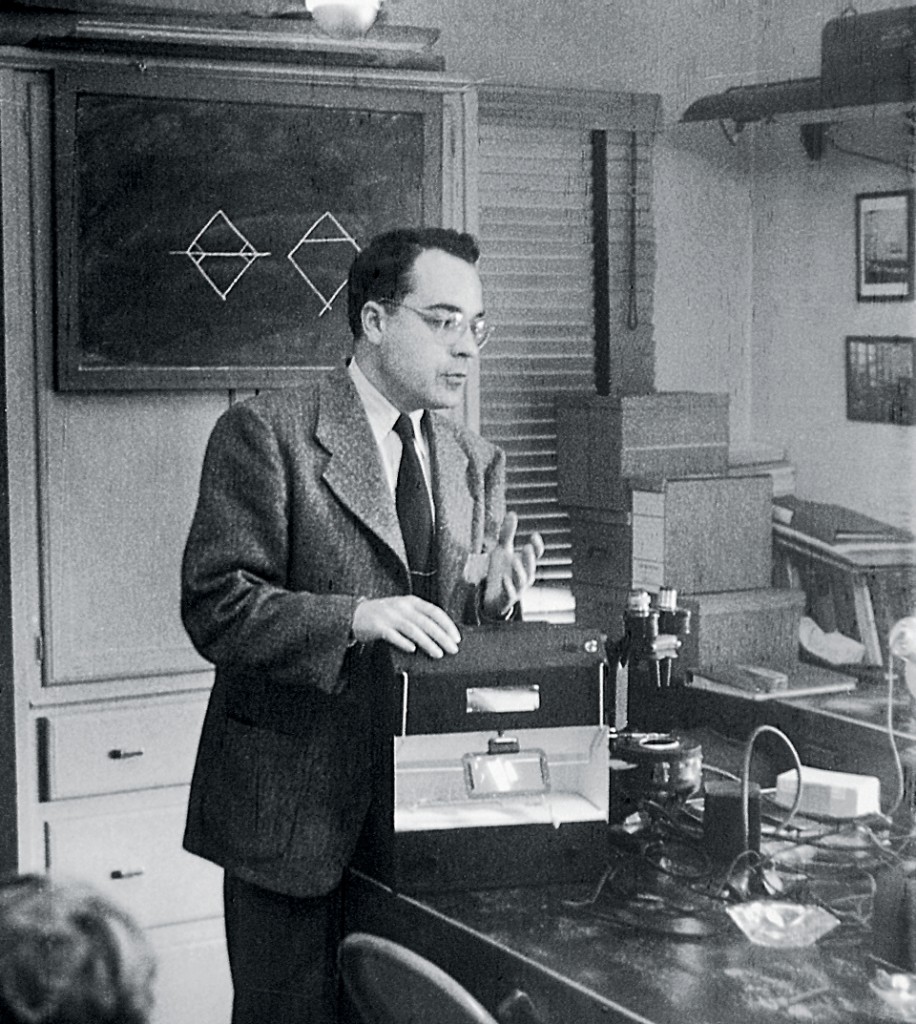 Richard Liddicoat teaches the use of the Diamolite in 1946. He helped develop the instrument in 1941. Photo by GIA.

Liddicoat’s efforts to educate jewelry professionals were just as influential. He spent much of the 1950s and 1960s rewriting diamond courses, creating gemology programs, and teaching the 4Cs to retail jewelry giants. Liddicoat also co-authored all three editions of the The Diamond Dictionary, which remains a standard reference for diamond terminology.

In the 1970s, Liddicoat established the GIA research department, which focused on the technical challenges of gemology, while continuing to serve as the editor of GIA’s peer-reviewed journal, Gems & Gemology, a position he held for 50 years until his death. Under his leadership, GIA developed instruments like the Diamolite, which created a standard lighting and viewing environment (an essential tool for color grading diamonds).

Liddicoat stepped down as president of GIA in the summer of 1983, and in recognition of his contributions, was named chairman for life of GIA’s Board of Governors.  The Richard T. Liddicoat Library and Information Center at GIA in Carlsbad – the world’s largest gemological library was named for him in 1989 and is a fitting tribute to a man who devoted his life to discovering and disseminating knowledge. 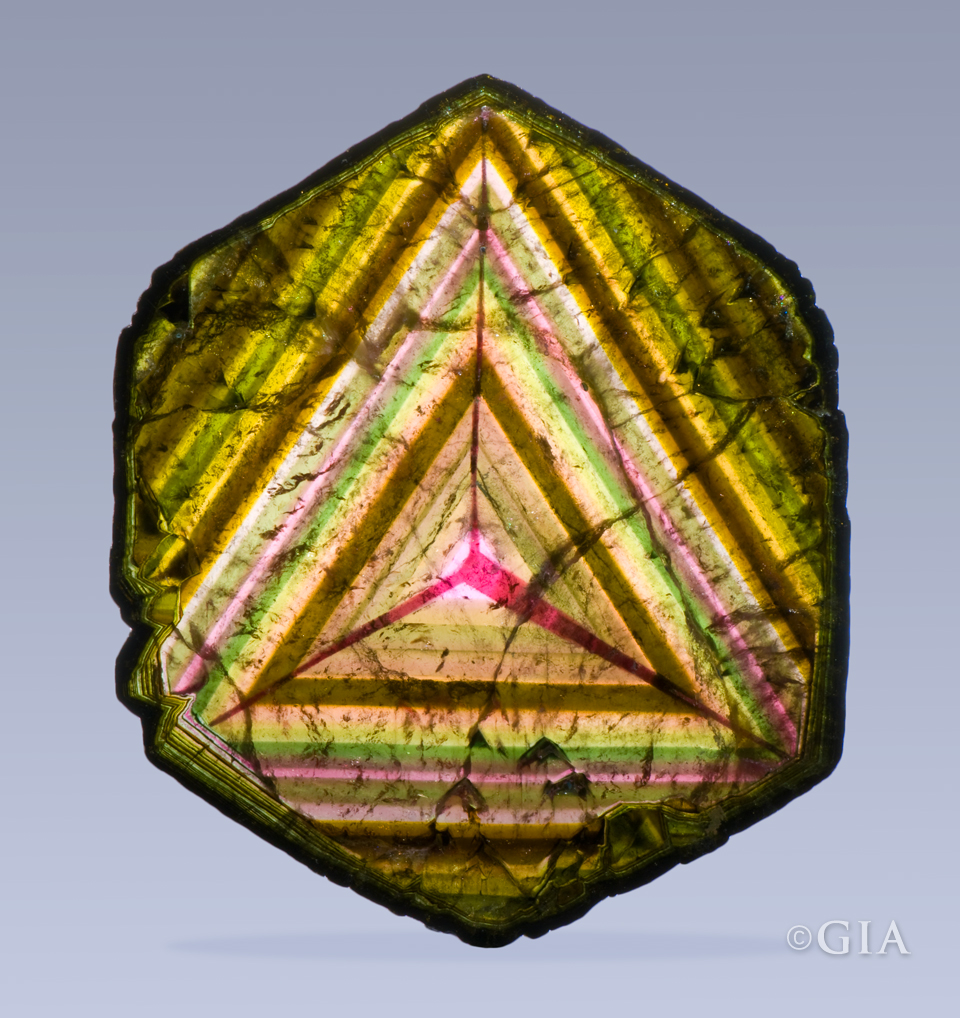 In 1977, a new mineral species of tourmaline, Liddicoatite, was named in honor of Liddicoat. This slice of liddicoatite comes from Madagascar. Courtesy the Harvard Mineralogical Museum. Photo by Robert Weldon/GIA,

All of us at GIA remain grateful for the legacy Mr. Liddicoat left us. And anyone buying gems and jewelry can feel similar appreciation for his invaluable contributions.

Want to learn more about the 4Cs? Here’s a great place to start.