GIA recently made headlines for grading the statement gem in what has been dubbed the world’s most expensive necklace by the Guinness Book of World Records. 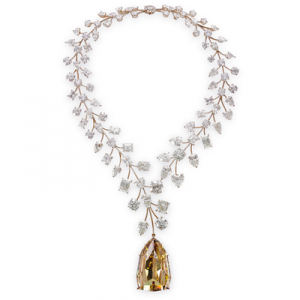 As reported in a Forbes.com article, the 637-carat total weight L’Incomparable diamond necklace is valued at a staggering $55 million. 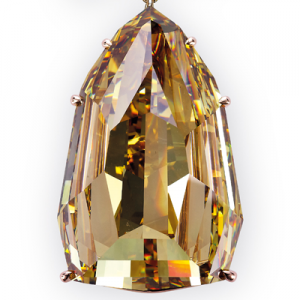 In 1980, the Incomparable diamond was discovered in a rubble pile by a young girl in the Democratic Republic of Congo. The rubble had not been screened for diamonds because it was deemed too chunky. The diamond weighed 890 carats rough, before it was revealed to the public in its polished state in 1984. It was then displayed at the National Museum of Natural History at the Smithsonian Institution and has since appeared in many other museums.

The L’Incomparable necklace features many diamonds in various cuts around the stunning feature stone. Which of these cuts is your favorite?