July 29th marks the 125th anniversary of the passing of Vincent van Gogh (1853-1890). GIA offers a tribute to the great artist by celebrating his beloved painting, The Starry Night, and its dazzling companion piece, the Starry Night Sapphire – a 112 carat star sapphire.

Most art lovers admire van Gogh’s The Starry Night. Painted in 1889 while van Gogh was in Southern France, The Starry Night depicts a sleeping village under a turbulent evening sky alive. It is a painting that is both serene and restless – a juxtaposition of stability (the hills, field, and town) and movement (the swirling heavens). 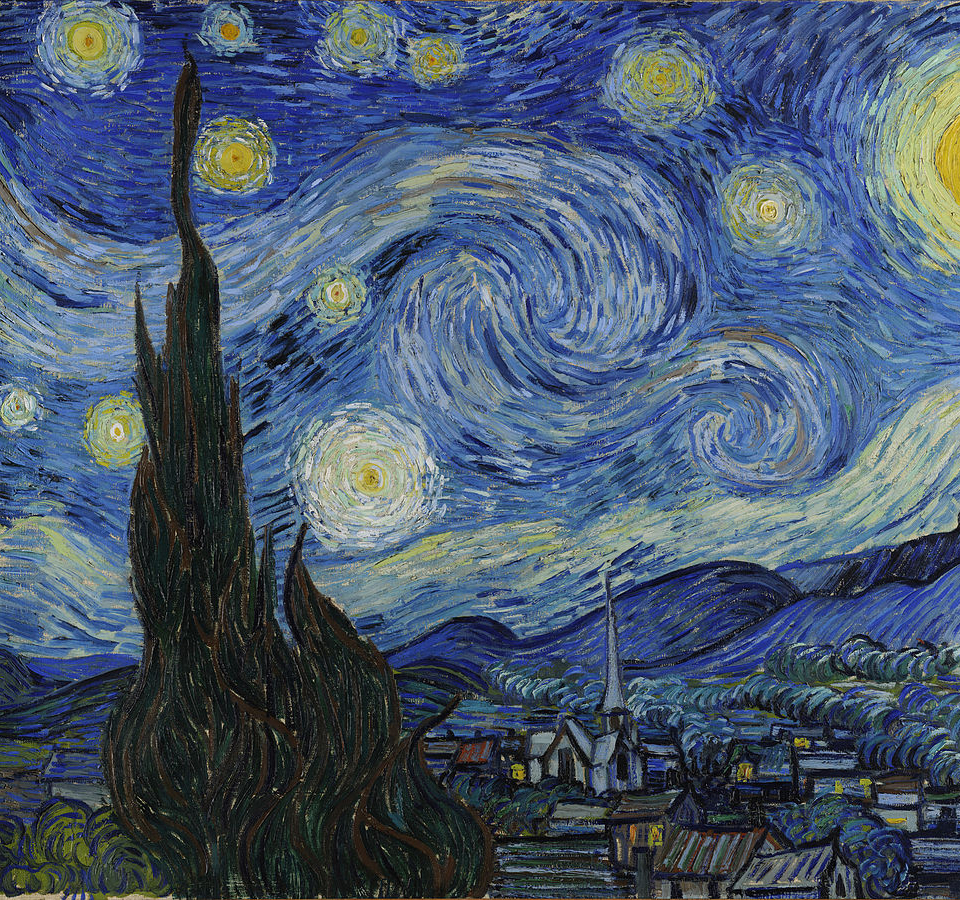 Van Gogh drew on his imagination, observation, and memories of his homeland, Holland, to create a hauntingly beautiful depiction of the night sky. Courtesy: Vincent van Gogh [Public domain], via Wikimedia Commons

The Starry Night Sapphire comes from the famed mines of Myanmar (Burma), long regarded as one of the finest sources for the gem. Mining in the Mogkok area probably started around 579 A.D., and sapphires were discovered around the same time.
Courtesy of Treasured Gems and Jewels LLC/Benjamin Zucker

The Starry Night Sapphire gets its name because it resembles its namesake painting in a number of ways. Just like stars move across the night sky, so the six-pointed “star” in the sapphire dances across the gemstone when viewed from different angles and in different lighting conditions. The shape of the stone resembles the vault of the heavens. Its rich blue color evokes the colors Van Gogh used in his painting.

Van Gogh was a master painter, and his talents soared in The Starry Night. Mother Nature, too, is a “Master Artist“, and her handiwork is on display in The Starry Night Sapphire. And so, we have an embarrassment of starry riches!

Spellbound by sapphires? Visit our Gem Encyclopedia to learn more.