There’s  magic and fantasy in gemstones, and a group of cutters are master conjurers.

Cottier Shank considers herself an abstract artist and invites viewers to interpret the meaning of her work as in this 8.97 ct pink tourmaline. © Sherris Cottier Shank

These four innovators are known for their creative and groundbreaking use of fantasy cuts, including concave faceting techniques, which employ alternating curved and flat facets.  The unusual faceting style causes light to bounce around inside the gem in unusual ways. When it escapes, it explodes onto the surface in stunning patterns.

Fantasy cuts have been around for about 50 years, and Homer, Dyber, Dyer, and Cottier Shank have utilized unique cutting techniques which showcase their  signature styles. Homer has become known for his mastery of concave faceting which uses a combination of traditional flat facets and concave facets which gives the stone scintillation and brilliance. Dyber is known for the Dyber Optic Dish™ which are concave  facets that are rounded and placed on the pavilion. Cottier Shank says she listens to a gemstone as she fashions it.

Homer won an AGTA Spectrum Award in 2013 for this 36.74 ct. Antique Cushion Concave Focus ™ cut topaz. Concave facets on the crown let more light enter the gemstone giving it the appearance of a burst of light flashing to the surface. 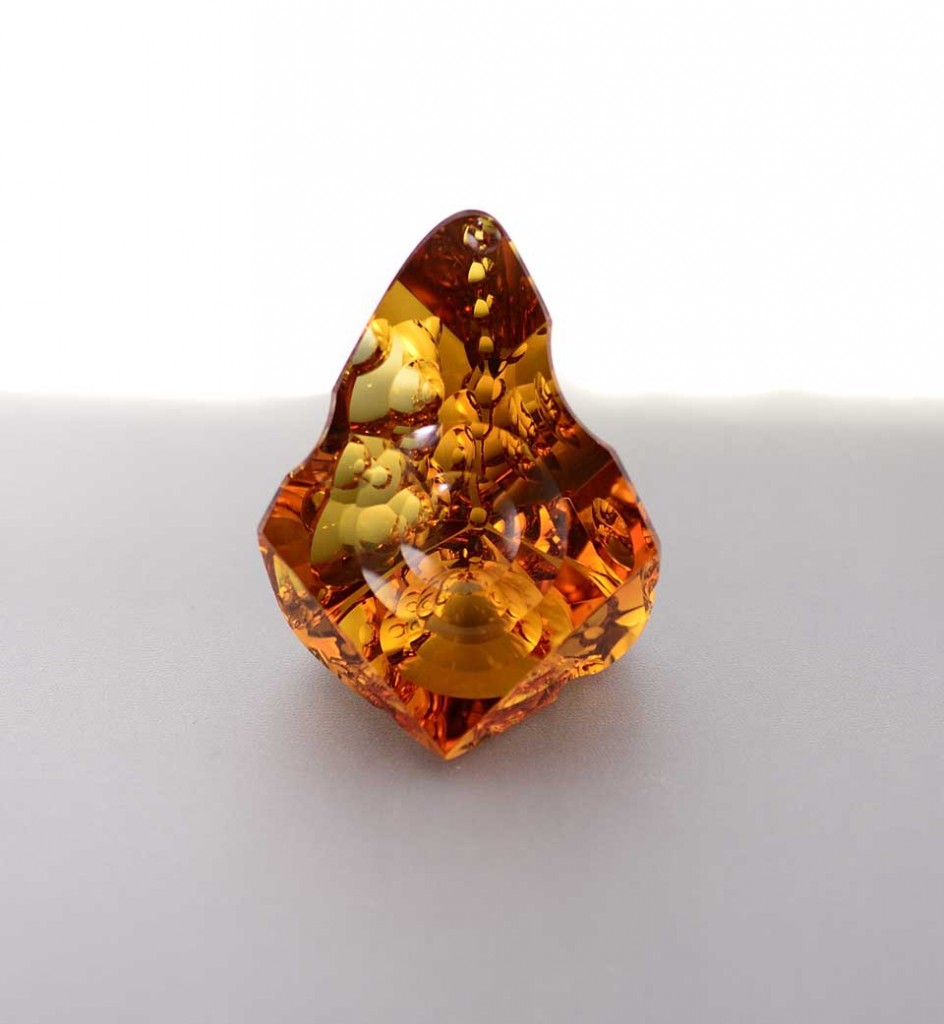 An air of mystery surrounds this 360.71 ct Brazilian citrine palm sculpture. Dyber says that when he was at the American Gem Trade Association tradeshow in Tucson, three gentlemen approached him saying that they had heard all about his work, and wanted him to cut their stones as he saw fit. Dyber says: “They gave me 16 of the most flawless, deepest color citrines I’ve ever seen.” This piece features a Dyber Optic Dish™ within a Dyber Optic Dish™, which challenges the viewer to determine what Mother Nature made and the cutter added.

Slightly modifying an existing cut can produce spectacularly new results. This is what happened when Dyer modified the facet arrangement of the trilliant cut, and “tweaked the crown and culet.” Created the Super Trillion™ cut as seen here in this 7.20 ct zircon. It is breathtaking evidence of a grand creation born from small changes. 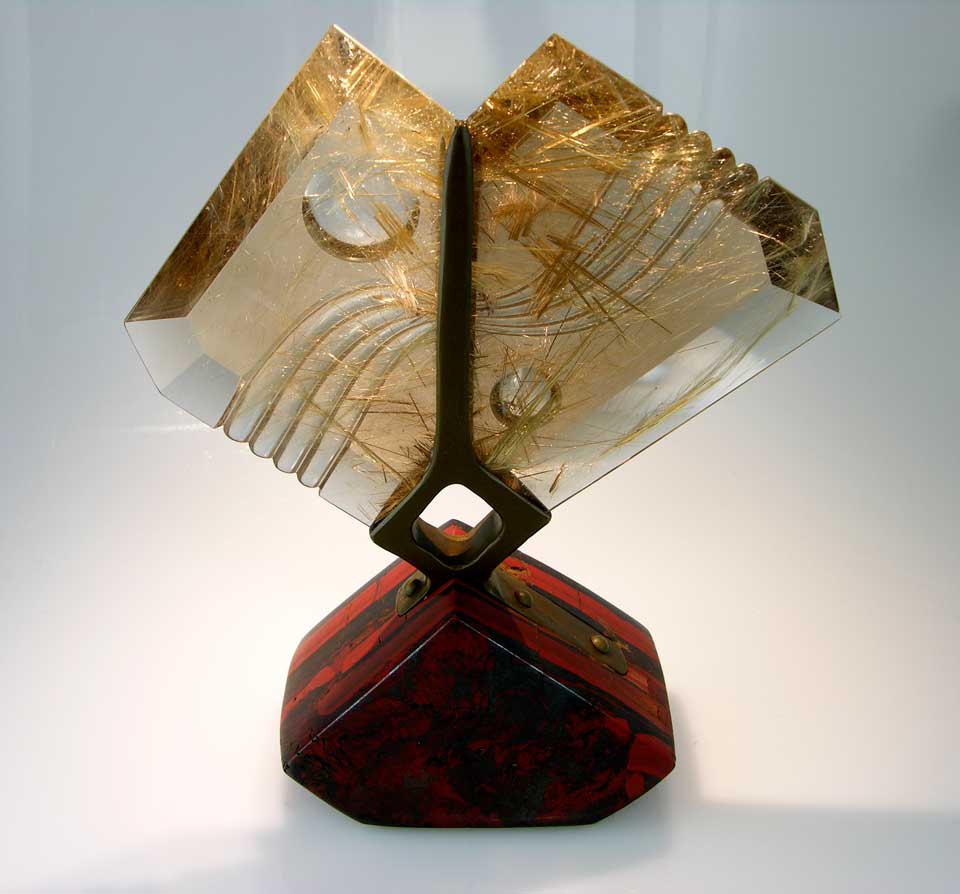 Wind, by Michael Dyber, looks like a storm frozen in a moment in time. It consists of two pieces of rutilated quartz mounted on a bronze armature, with a base of jasperlite. Photo courtesy Sena Dyber

Cottier Shank turned this 15.14 ct unheated aquamarine from Pakistan into a multilayered marvel. It has negative cuts on the table, while reverse vortexes on the pavilion create a swirl of light that shimmers beneath it.

This concave faceted 16.07 ct irradiated blue topaz is one of Dyer’s more recent pieces. “The stone lost a lot of weight when I cut the concave facets and polished them, but I think the end result was worth it.” The streaks of light are caused by micro-facets on the pavilion. Dyer also used flat facets on the crown and made concave cuts in the girdle to create an  eruption of color. Photo by David Dyer, gem courtesy John Dyer & Co.

Want to learn more about fantasy cuts? We take an in-depth look at these breathtaking beauties in ‘And Then Came the Fantasy Cut‘.