Fantasy cut gemstones exhibit so many unique optical characteristics that they often appear to live up to ancient lore – that gems are imbued with magical properties.

So called fantasy cut gemstones often owe their spectacular beauty to unique faceting artistry that is achieved through cutting non-traditional design elements. These techniques cause light to reflect and refract differently, surging into view as stunning displays of light and color along the gems’ surface and interior.

Initially referred to as free cutting and attributed to Bernd Munsteiner, the fantasy cut began to appear in the 1960s, and was not thoroughly understood or appreciated at first. It was considered by some to be a misuse of the gem material.  The gem cutter’s job was to cut a gemstone while preserving as much  weight from the rough as possible. Gem cutters, also called lapidaries, broke those rigid rules expressing themselves through unorthodox faceting styles that celebrated not only the uniqueness of the cut gem, but also the cutter’s creativity, skill and artistry. 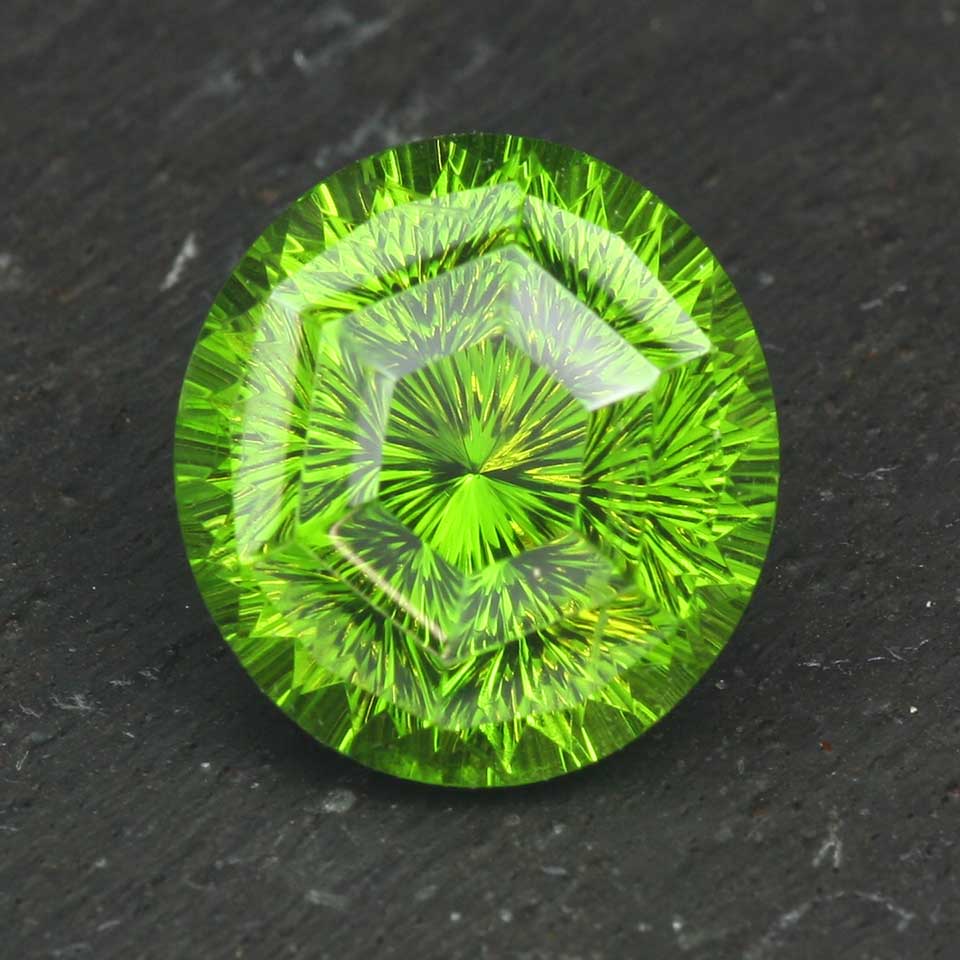 At first, many in the trade, including jewelers, didn’t know what to make of this unusual approach. Helping to turn the tide, there was increased exposure to wider audiences through trade publications. These once-enigmatic fantasy cut gemstones have come full circle, and some are now displayed in museums. 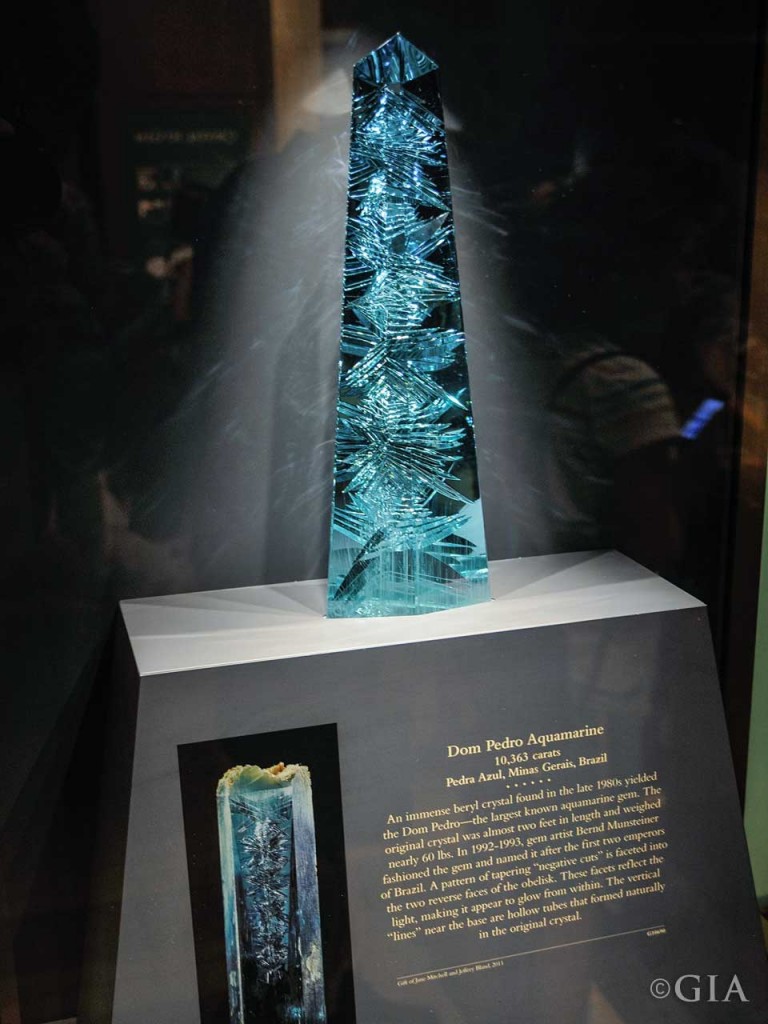 By carefully cutting angled grooves, and taking advantage of the way they interacted with light, German artist, Bernd Munsteiner, painstakingly sculpted the exquisite Dom Pedro-Ondas Maritimas in 1993. This 10,363-carat light blue aquamarine is breathtaking in size, standing 35 cm tall, and beauty. The Smithsonian Institution’s National Museum of Natural History, which houses it, said it is “one of the few objects in the world that can hold its own in a display case, just 30 feet from the Hope Diamond.” Photo by Duncan Pay/GIA, courtesy The Smithsonian Institution

The tools and techniques used to produce fantasy cut gems are, not surprisingly, different than those used for traditionally cut gems. Typically, a gem cutter places a gem on a faceting machine with a flap lap tool, which grinds away rough gem material and, in a series of additional steps, polishes flat facets on the stone. Lapidary artists eventually developed specialized tools that allowed them to break free of the limitations of flat facets and incorporate grooves, optic dishes, and concave or curved facets into the design. These techniques were often considered signature styles by the artist, and were sometimes trademarked by them. It is these techniques that distinguish a fantasy cut gem. 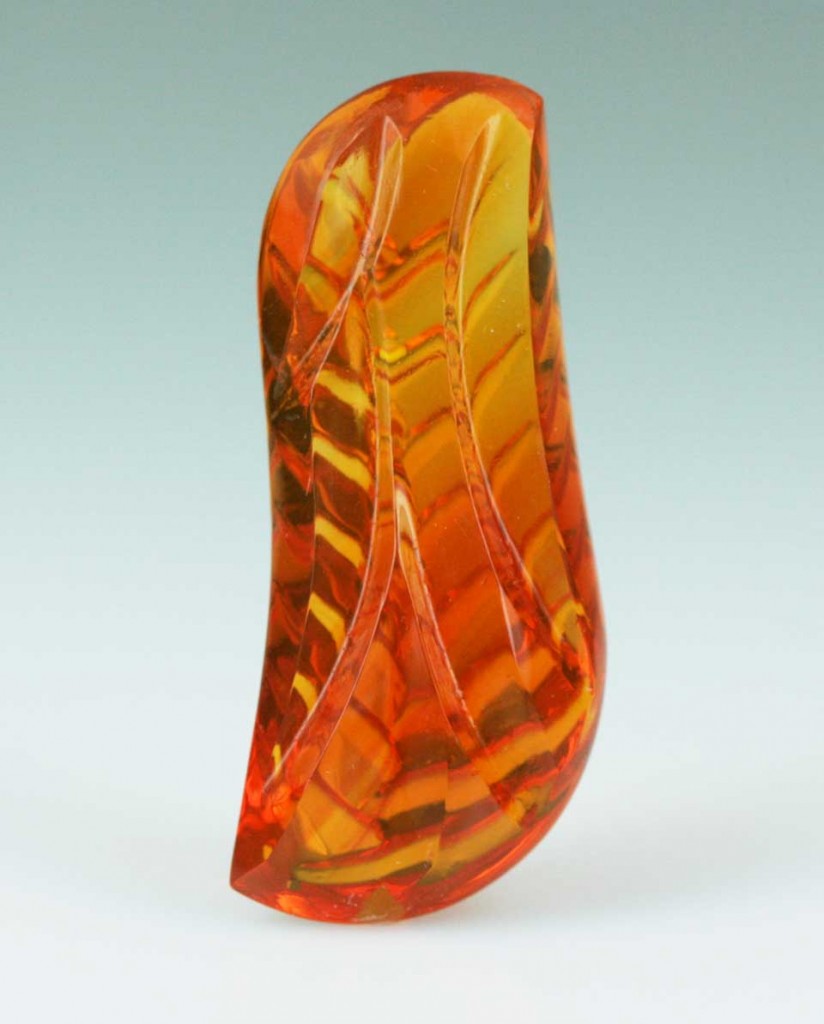 Practicality and gemstone size are important considerations to lapidaries: the larger the gem, the larger the “canvas.” Some cutters use diamonds as well as rubies, sapphires, and emeralds, but these materials are often difficult and expensive to obtain in large sizes. Many cutters choose gemstones that provide larger surface, like quartz and aquamarine. 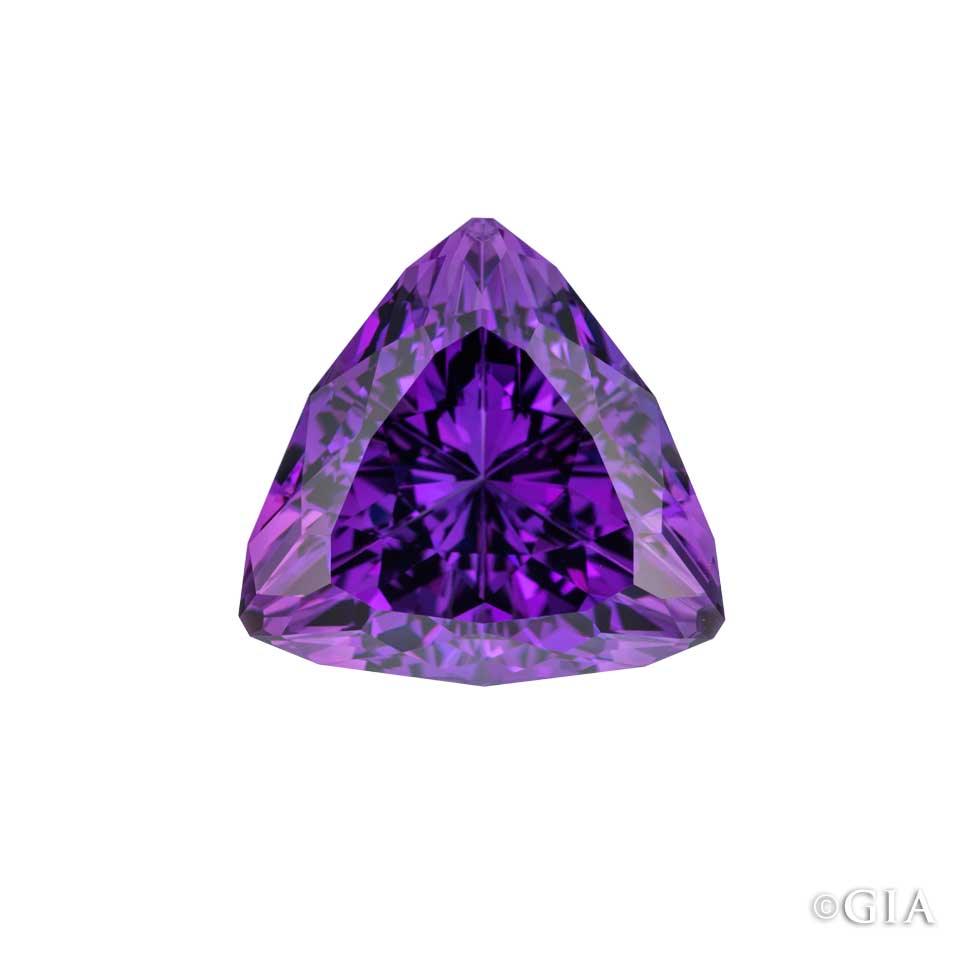 So where does the consumer find these fantasy cut gemstones? Jewelry stores and galleries that specialize in colored gemstones often carry finished jewels that showcase this kind of specialized cutting style. There are various gem and jewelry shows throughout the world held during the year that may offer this type of material. Many of these shows are wholesale or jewelry trade only, and not open to the public. You can also find fantasy cut gems online. 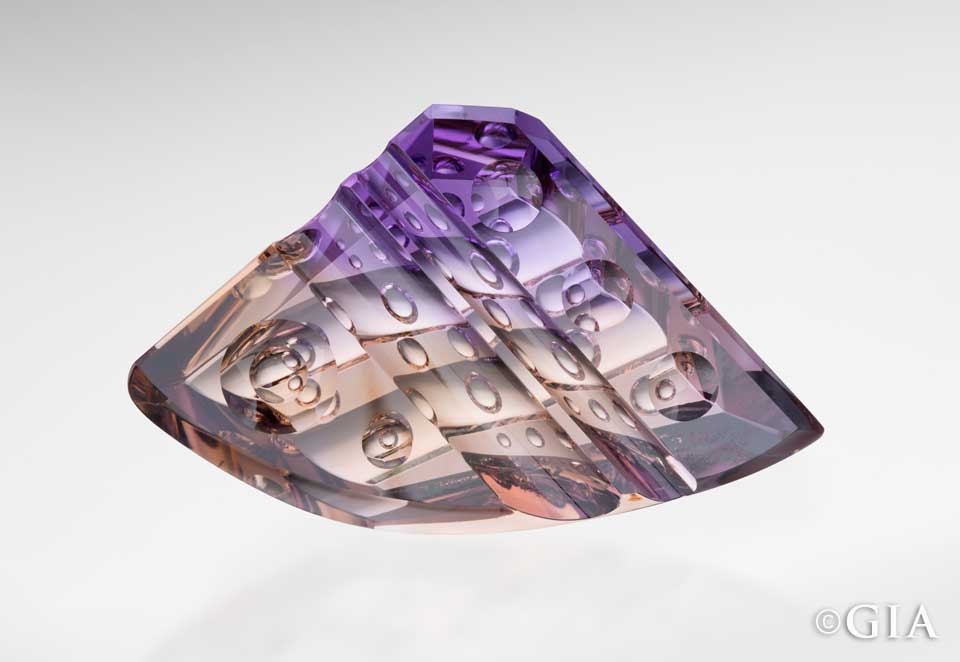 This 216.06 ct. ametrine from Bolivia, fashioned by Michael Dyber, features the Dyber Optic Dish™ – circular shapes are carved on the crown and pavilion of the gemstone. Photo by Robert Weldon/GIA, courtesy Michael M. Dyber, gem designer

Aquamarine, topaz, and ametrine are just some of the popular gem materials lapidaries use for fantasy cuts, and you can learn more about these beautiful gemstones at the GIA Gem Encyclopedia.