Finding diamonds in Canada was a decades-long treasure hunt filled with twists and turns worthy of a detective novel.

The year 1960 was the beginning of modern Canadian diamond exploration initiatives. During the 1970s, the Canadian government encouraged diamond exploration. Experts in glacial geology started studying the land in the 1980s, and at the time, identified more than 200 possible sites scattered across the country: the Northwest Territories, Alberta, Saskatchewan, Ontario, and Quebec. 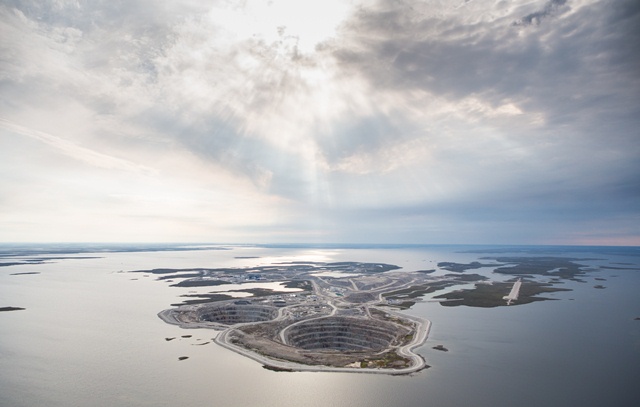 The Diavik mine in the Northwest Territories is an important source of diamonds. Photo Courtesy of The Diavik Diamond Mine.

Tenacity and scientific investigation was needed to find kimberlite pipes (from which diamonds are mined). Ice, forest, bogs, lakes, and glacial drift covered many of them. To find kimberlite pipes, geologists turned to sophisticated techniques like airborne geophysical surveys (measuring conductivity, rock density, and more from an airplane). One ingenious method was to track indicator minerals (minerals, like garnets, that are formed in tandem with diamonds) that were swept out of kimberlite pipes by glaciers and streams back to their distant sources – the equivalent of following footprints on a beach for hundreds and thousands of miles. 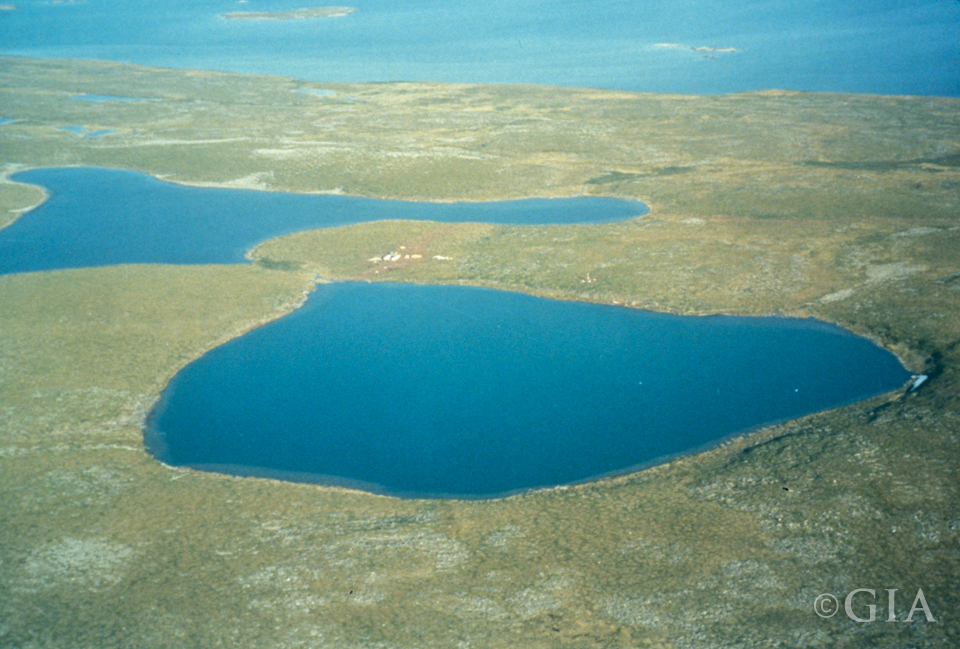 Kimberlite pipes in Canada are often found under lakes, like this one in the Northwest Territories. Photo courtesy of B. T. Evans, Tyler Resources, Inc., Calgary, Alberta.

Building mines in the Canadian tundra was a marvel of modern engineering. Mines were in some of the most remote corners on the planet: places with no permanent roads, temperatures of -500C in the winter, and no electricity and other infrastructure. The Canadian government and four aboriginal groups also demanded extensive environmental reviews to ensure that mining would not damage pristine tracts of wilderness. 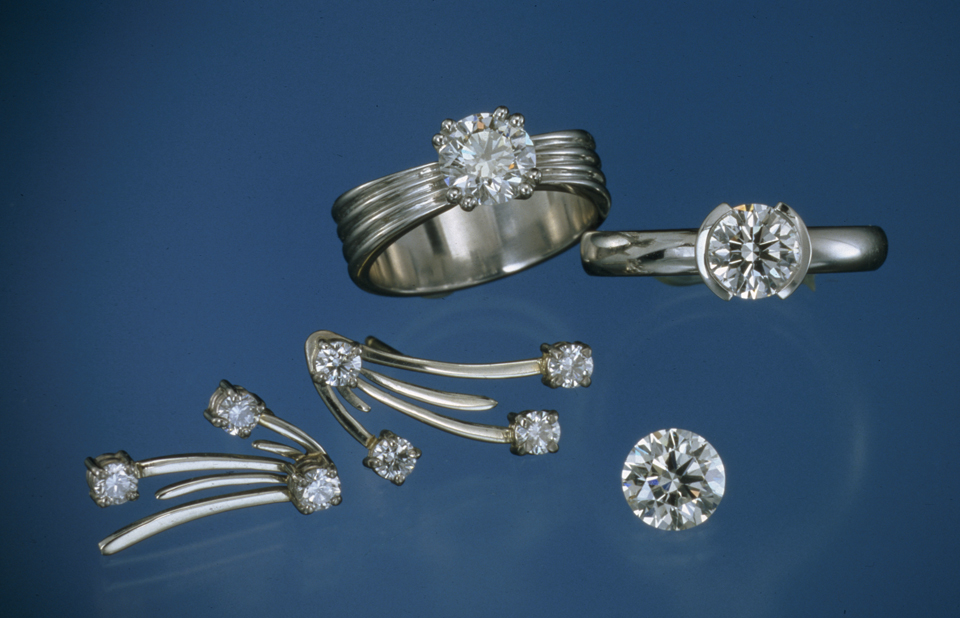 The Diavik mine is another productive source, as is Snap Lake – the world’s first underground diamond mine. In 2013 (the last year for which official Kimberley Process statistics were available), Canada produced 10.6 million cts, (4thin world) valued at just under $2 billion (3rd in world), or $180 per carat, against an average of $103. 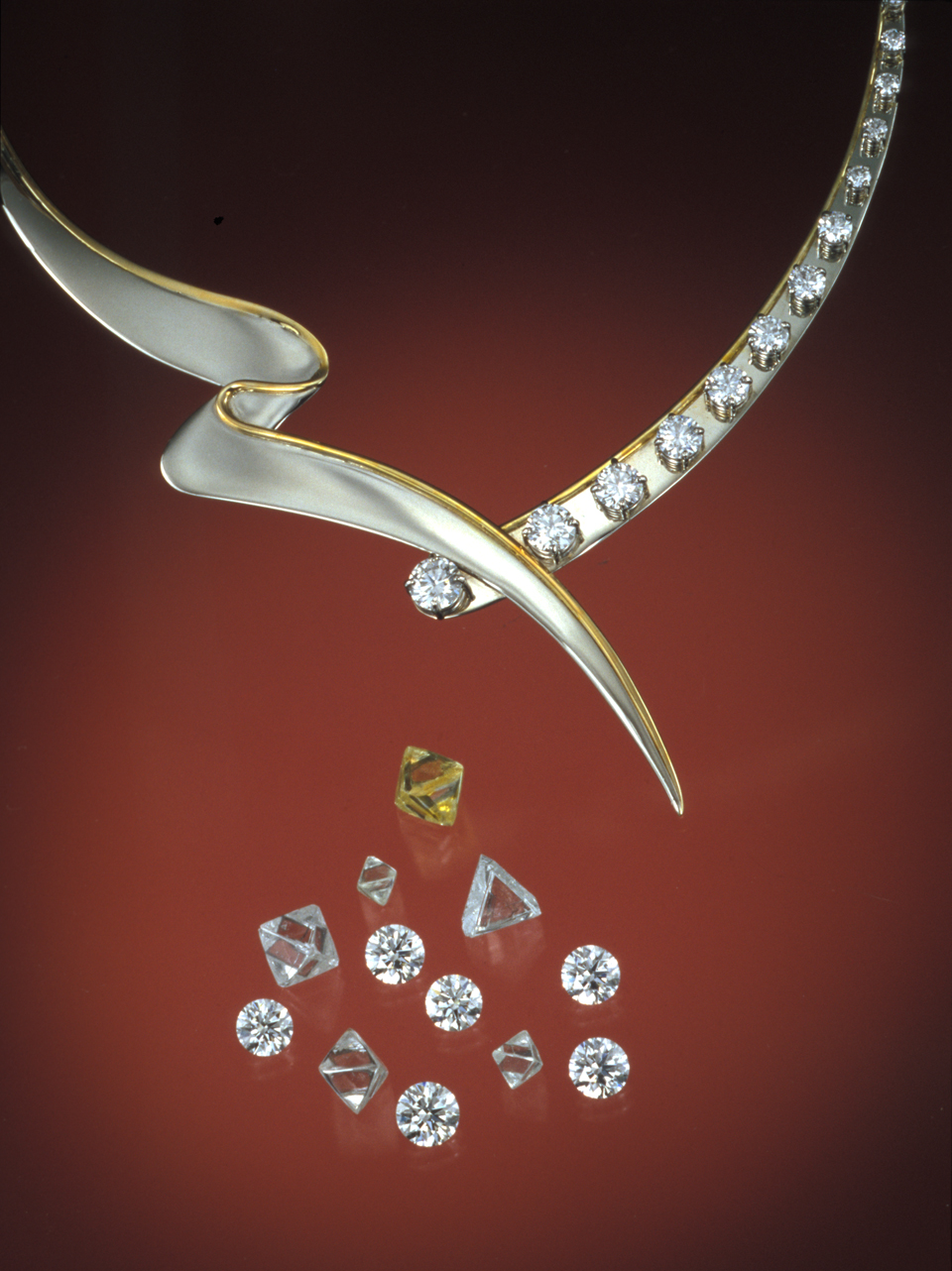 There are currently four major diamond mines in Canada: Ekati, Diavik, Snap Lake and Victor. All but the last are clustered in the lake region of Northwest Territories (NWT), 250-300 miles north of Yellowknife. Victor is located in Northern Ontario. A smaller mine, Jerico, is located in Nunavut. Two others are under construction: Gahcho Kue in NWT and Renard in Quebec. 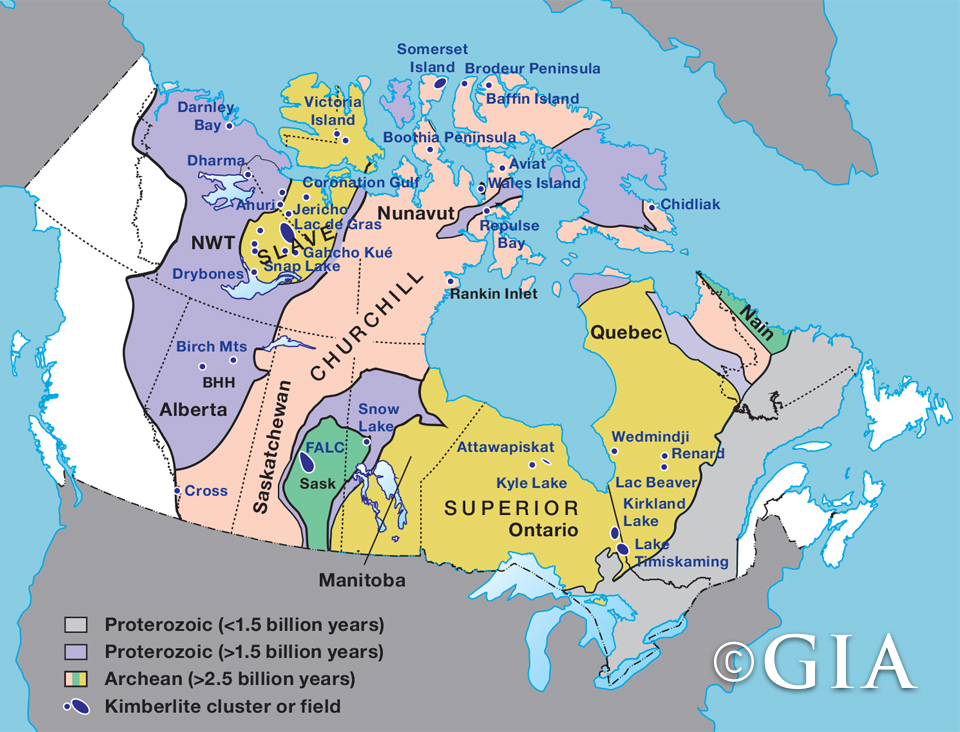 Diamonds come with stories. So do diamond mines. Check out our prior installment in the Diamonds on Location series, to learn about Lesotho and its diamond treasure.