Russia hosted the 2014 Winter Olympic Games in Sochi, but did you know that it’s the country that wins the gold medal for diamond production?”

Alrosa mined 34.4 million carats of diamonds last year, well ahead of De Beers’ total of 27.9 million, which most people equate the world’s leader in diamond production. In fact, Alrosa has relegated De Beers to “silver medal” status for the past three years.

There is an asterisk next to Alrosa’s King of Diamonds status, however. The majority of diamonds mined in Russia are relatively small compared to the stones found in Botswana and South Africa, where De Beers does most of its mining. Which means that for now, De Beers remains the leader in diamond sales, taking in about $6 billion last year, compared to Alrosa’s $4.8 billion. 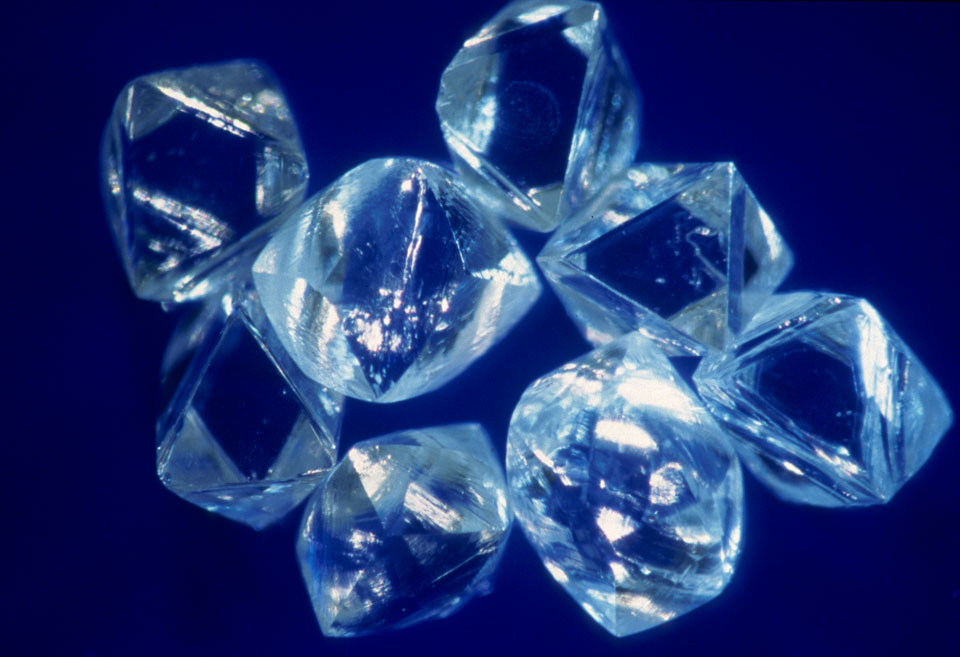 If Alrosa is not a household name like De Beers, it’s because from 1960 to 1992 the first diamonds were mined in Mirnyi, a remote area in Siberia.

Diamond mining in Mirnyi is not for the faint of heart. The town is located in eastern Siberia. Winter days get six or less hours of sunlight. Temperatures are typically well below zero (-35°C is not unusual). Jet engines and explosives are used to melt the permafrost.

Until the 1990s, Russia had regarded its diamond operations as a top state secret. The country, then known as the Soviet Union, sold most of its diamonds through De Beers. After the Soviet Union broke up, the government in Moscow, in cooperation with the province of Yakutia where Mirnyi is located, created Alrosa to mine and market its trove. And, about seven years ago, Alrosa began selling Russia’s diamonds on its own, without De Beers’ help. 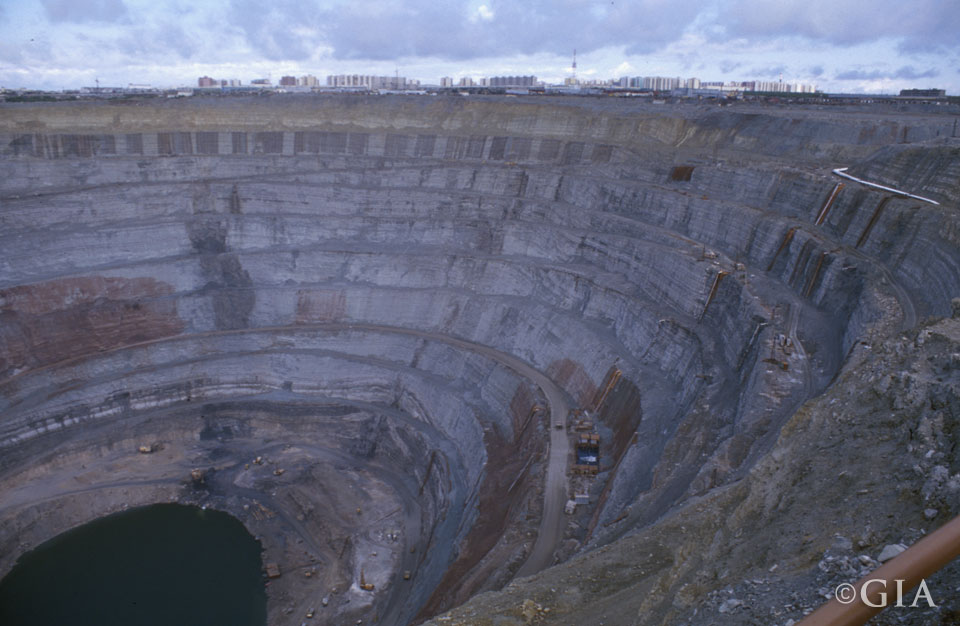 View of diamond mining operations in the Siberian craton of the Republic of Sakha (formerly Yakutia). This view is looking down into the open pit.

Alrosa says it will be mining diamonds for a very long time, claiming reserves of 970 million carats. To put it into perspective, that’s five times the yearly production of the entire world. Alrosa is aiming to keep its gold metal status by ramping up production in 2014. But don’t count out DeBeers, as it still remains the source for large diamonds.

To keep the Winter Olympics conversation going, you now have some interesting bit of trivia you can share: the diamond industry is not dominated by De Beers. And the gold medal for diamond production goes to Alrosa.

But here’s the real point: Every diamond is unique. A dazzling flawless stone and a cloudy included one can come from the same mine. So can a brilliantly colorless one and another whose color is “light.” There will be super stones that will fetch millions at auction, and tiny dark ones that are destined for industrial use.

A GIA grading report will let you know the characteristics of the diamond that’s caught your eye. And that lets you buy with confidence and peace of mind.